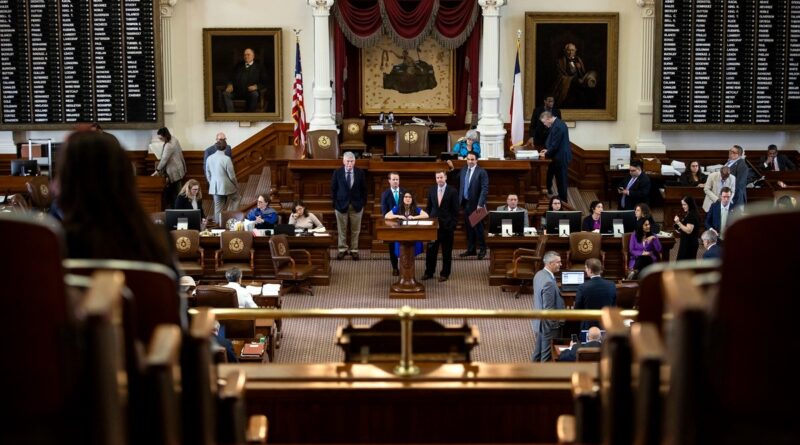 
The 2021 session of the Texas Legislature will commence Tuesday under pervasive uncertainty.

Lawmakers have been waiting for months to see how it will be conducted safely as the coronavirus pandemic rages.

And after a pro-Donald Trump mob rushed into the U.S. Capitol last week, leaving five people dead and leading to dozens of arrests, some Texas lawmakers are on edge about the potential for unrest in Austin. The Texas Department of Public Safety is deploying additional resources and personnel to the state Capitol, and Gov. Greg Abbott promised Monday that DPS will “continue to remain on top of” safety at the building.

Meanwhile, three clear top priorities have emerged for the agenda: the budget, redistricting and the pandemic. But it remains to be seen how much space — or political appetite — there will be for more polarizing proposals, especially among Republicans coming off a successful November election.

Given all that, here are the five things to watch as the session kicks off:

State legislatures across the country are looking for ways to conduct their business in spite of restrictions on indoor gatherings because of the coronavirus.

Already, two Texas House Democrats — Michelle Beckley of Carrollton and Ana-Maria Ramos of Richardson — have said they will not attend the opening day of the legislative session, calling the gathering of 150 House members a “superspreader event.”

For Tuesday, the Texas House and Senate have put in precautions for members and invited guests in each chamber; it’s unclear if leadership will relax such measures if the vaccine becomes more readily available.

In a last-minute change, the Department of Public Safety announced Monday that anyone who wants to enter the Capitol will be required to take a coronavirus test.

Beyond opening day, Phelan has asked a group of lawmakers to make recommendations and solicit input from members on what changes should be made to the chamber’s rules. The Senate, meanwhile, has been more tight-lipped on what precautions will be in place during the legislative session.

Since the Capitol closed in mid-March, both Democrats and Republicans from each chamber have raised questions about the accessibility of the legislative process. State Rep. Briscoe Cain, R-Deer Park, asked the attorney general to weigh in on whether the Legislature has the power to close the Capitol and whether members could debate or vote on legislation from outside the chamber.

Some disability right’s advocates, meanwhile, have raised concerns about the uncertain rules on testifying in committee hearings remotely and have expressed hesitancy about going to the Capitol in person.

Tackling the state’s current two-year budget — and writing the next one — will be one of the largest items on the Legislature’s plate, though lawmakers received better-than-expected news Monday when Texas Comptroller Glenn Hegar unveiled the biennial revenue estimate.

On top of that, the Legislature will also need to redraw the state’s political maps, which is often a polarizing and draining process for lawmakers.

Lawmakers will also have to respond to the ongoing pandemic and address other policy issues that have been focal points throughout the pandemic, such as public education funding and health care. In 2019, the Legislature overhauled the state’s school finance system, infusing $6.5 billion more into public schools and roughly $5.1 billion to lower Texans’ property tax bills. State leaders have already said the Legislature will remain committed to continuing to fund those massive investments, regardless of the tough economic forecast.

Beyond that, debates over police funding and reforms following the death of George Floyd, a Black man who was killed in Minneapolis police custody, are expected to play a central role during the legislative session.

The Texas Legislative Black Caucus has already unveiled the George Floyd Act, a sweeping reform proposal that would, among other things, ban chokeholds across the state and address qualified immunity, which shields government officials from litigation. Meanwhile, Abbott has said he is considering a measure that would put the state in charge of policing a large area of Austin, including the Texas Capitol and the University of Texas at Austin — a move that came during a political fight against the capital city over its decision to trim its police budget.

After some Republicans argued that Abbott overstepped his authority over responding to the pandemic, proposals at the Legislature were filed to curb the emergency powers of a governor during a declared disaster. The more conservative faction of the GOP is also expected to again push a bill that would ban cities and local governments from using taxpayer dollars to lobby the state government after the measure failed during the 2019 session.

Lawmakers from both parties may also push election-related matters after fights over voter access and ballot integrity largely defined the lead up to the November presidential election.

And yearslong conversations over new revenue sources — such as legalizing casinos or marijuana — have also seemed to get a renewed focus, though it’s unclear how seriously lawmakers will consider such options after Hegar’s news Monday with a better-than-expected economic picture heading into session.

One of the House’s first orders of business Tuesday will be to formally elect Phelan as speaker. Phelan, who has served in the lower chamber since 2015, announced he had the votes to win the gavel in the hours after Election Day, after Republicans maintained control of the House.

He’s described among colleagues as a straight-shooter who’s familiar with the legislative process and the policies at play, and who intends to lead the chamber by letting the members drive its business.

Beyond the budget and redistricting, Phelan said during an interview Monday with Texas Tribune CEO Evan Smith that public health issues that the pandemic has “put a highlighter” on what will be a focus this session, such as expanding telemedicine and telehealth and “improving rural health care options for Texans.”

Texas Republicans are beginning the session two months after a November election in which they beat expectations up and down the ballot, including holding on to their majority in the state House. Emboldened by the election results, will there be a renewed appetite among the most conservative in the party for hot-button issues, or will the Legislature continue on the middle-of-the-road policy path it stuck to for the 2019 session?

Early indications are that the Big Three — Abbott, Patrick and Phelan — are not spoiling for much intraparty conflict this session. That seems especially true with the trio of must-do issues already topping the legislative agenda: the budget, redistricting and responding to the pandemic.

Still, there is potential for some GOP family fights. Texas GOP Chairman Allen West plans to make an aggressive push for the party’s eight legislative priorities, which include election integrity, the abolition of abortion and constitutional carry, or licenseless carry of firearms. Some of the priorities enjoy broad GOP support, others not as much.

Rallying support for the priorities Saturday outside the Capitol, West told Republicans he was preparing them for an “ideological battlefield” and that they needed to pressure lawmakers “so that you can become a powerful force and let people know in that building that they work for you, that you don’t work for them.”

West himself has been a critic of Abbott’s coronavirus decisions, and the former Florida congressman is already being discussed as a possible challenger to the governor.

To that end, the 2022 primary season could also loom large over Republicans this session. Most statewide officials are up for reelection, including Abbott and Patrick, and their agendas could reflect how they would like to position themselves for March 2022.

One issue that could impact whether the GOP engages in such a fight is whether it holds onto its complete control of the Senate.

Right now, Senate rules require 19 members, or three-fifths of the body, to vote to bring legislation to the floor. With the reelection defeat of Sen. Pete Flores, R-Pleasanton, there are only 18 Republicans in the chamber.

Lt. Gov. Dan Patrick, however, has announced his intention to lower the threshold to align with the size of the GOP majority — a move that effectively strips Senate Democrats of the one tool they have to block legislation they unanimously oppose.

Patrick doesn’t have unilateral control of the Senate threshold’s fate. Such a change requires a simple majority — 16 senators — to go into effect. It’s not immediately clear how many Republican senators are in favor of such a move, while some Democrats have already denounced Patrick’s latest procedural proposal.

To be clear, this isn’t the first time Patrick oversaw a decrease in the threshold. During his first session as lieutenant governor in 2015, the Senate dropped the threshold from two-thirds, or 21 members, to three-fifths, or 19 members. At that time, there were 20 Republican senators.

In the United States, regional water shortages are not uncommon. Parts of California, Arizona, New Mexico, and other dry Southwestern

Cooking Oil: What To Look For And Avoid

COVID 19: Now The ‘Doubt Virus’ Must Be Exterminated!

Acai Berry Versus Maqui Berry – Which is Healthier?