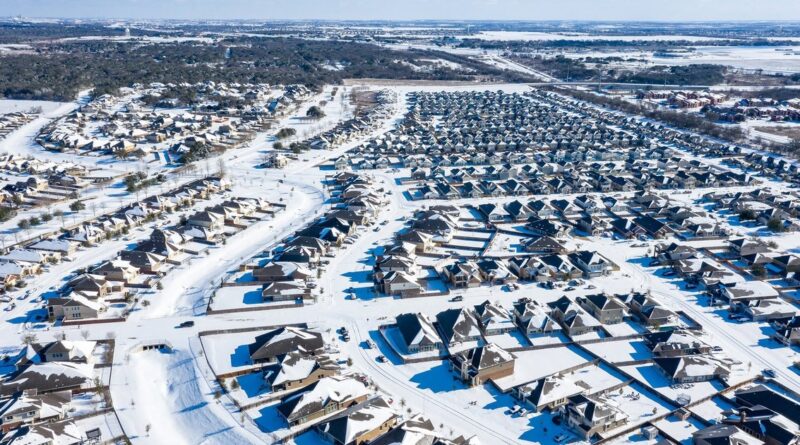 The first day of early voting in next year’s party primaries is also the anniversary of the polar vortex that froze most of Texas and crashed the state’s electric grid.

You remember that week, whether you were in Texas living through it or someplace else reading about it.

Some places didn’t have power for four days. Temperatures remained below freezing for six days. At least 210 people died, and that’s a conservative estimate. About half of the state’s population was ordered to boil tap water to make it safe for drinking and cooking. The power failures cost the economy $80 billion to $130 billion, according to the Federal Reserve Bank of Dallas.

Those details and more are from the latest examination of that event, a 313-page report from the Federal Energy Regulatory Commission and the North American Electric Reliability Corp.

And you might remember them, too: Those two organizations wrote a long report with recommendations in 2011 after a similar winter storm and electric grid failure in North Texas. A 2018 report from FERC and NERC, written after a winter storm triggered electric outages in Texas and other states, made some of the same points. Had industry and government officials heeded the recommendations in those earlier reports, particularly the parts about readying electric plants and their fuel sources for cold weather, the disaster nine months ago could have been avoided.

The new report’s recommendations after what the writers call “The Event” begin, once again, with cold-weather reliability, with identifying electric plants that are susceptible to freezing or failing, planning for precipitation and wind in winter storms — to either prepare plants for storms or show why that’s not reasonable — and to train for winter storms and to retrofit electric generation plants to withstand that kind of weather.

“Both the 2011 and 2018 Reports identified certain equipment that more frequently contributed to generating unit outages, including frozen sensing lines, frozen transmitters, frozen valves, frozen water lines, and wind turbine icing. The Event was no different — generation freezing issues were the number one cause of the Event, and the same frequently seen frozen components reappear,” they wrote.

That’s a pretty nice way to say, “we told you so.” And the recommendations aren’t likely to produce much change before it gets cold again.

Texans are still exposed to disaster if there is another storm and another blackout. That continuing threat to the population is politically hazardous to the state’s incumbent politicians.

The February storm occurred near the beginning of the regular legislative session. After the state thawed out, lawmakers started trying to figure out what happened, and who should be blamed. The candidates included regulators — the Electric Reliability Council of Texas, or ERCOT, the Public Utility Commission and the Texas Railroad Commission (which regulates oil and gas). It included electric generators and the companies that fuel their plants — natural gas, coal, wind and nuclear outfits. And it included the lawmakers who designed the regulatory and operating system that failed the people of the state.

Some of the cold-weather prep is underway. Last month, the PUC adopted a rule that requires companies to make their “best efforts” to keep plants operating in cold weather.

“Everything that needed to be done was done to fix the power grid in Texas,” Abbott said when he signed legislation meant to address the problem.

But that law’s loopholes could leave Texans exposed to the cold. For instance, natural gas companies won’t be required to fortify their facilities against winter weather until late 2022. Regulators were ordered to put rules for that in place by September of next year.

Voters aren’t happy with the results. In a University of Texas/Texas Tribune poll conducted in October, 60% of the state’s voters said they disapprove of lawmakers’ handling of electric grid reliability.

The timing of the primaries could make that voter disapproval significant. Cold weather, with or without new electric outages, could change the subject of the elections to last year’s freeze and the legislative response to it.

The first test is upon us, as the cold part of the year begins. It’s on the political class, too. Texas voters will be grading incumbents’ response to the polar vortex and the blackouts that followed in the March 1 Democratic and Republican primaries — starting with early voting set to begin on the last disaster’s first anniversary.