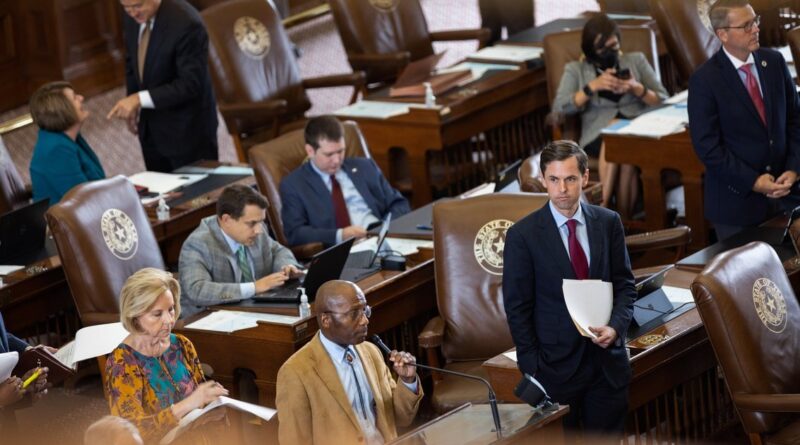 In a year when the Texas Legislature just wouldn’t go home — a year marked by a 140-day regular legislative session and three 30-day special sessions — lawmakers gave candidates and voters plenty to talk about in the 2022 elections.

The legislative hits and misses in reaction to the February freeze and the failure of the state’s primary electricity grid, electric generators and the gas plants that fuel many of them.

A new law that allows most adults to carry handguns without permits or training.

New restrictions on voting characterized by Republicans as election security and by Democrats as voter suppression, particularly of people of color.

An anti-abortion law that outlaws abortion until an embryo has the first signs of a pulse — usually at five or six weeks, well before most people even know they’re pregnant.

The governor’s decision to pick up construction of a wall on the Texas-Mexico border where President Donald Trump left off.

saaasdinstead of their gender identity.

If you like your elections to be about issues, that’s a pretty extensive starting list. It doesn’t even include redistricting, the issue that required lawmakers to hold a third special session because of pandemic delays to the 2020 census.

The Republican-dominated Legislature drew maps that assure the GOP of continuing majorities in the Texas House, the Texas Senate, the state’s congressional delegation and the State Board of Education.

They’re more Republican than the electorate, if the 2020 presidential election results are your measure. Trump got 52.1% of the Texas vote, but he would have won in 57% of the districts in the new Texas House maps, in 61% of the new Senate districts and in 66% of the new congressional districts.

That’s the power of a partisan gerrymander. It’s already being challenged in federal court, and judges there might do some redrawing. But those judges would have to go beyond their traditional redistricting minimalism to turn these into Democratic maps.

Another feature, or bug, in those maps — choose your poison — is that few of the districts are truly competitive in a general election, when candidates from different parties compete. They’re drawn to favor one party or the other, for the most part, and not to leave the final selection to voters.

That list of legislative actions will be on many Republican bragging sheets and many Democratic complaints and attacks. There would be plenty to argue about in a general election battle, but most of those battles will be at the top of the ballot.

Legislative candidates can win with clever maps. The real action for them in 2022, as in recent elections past, will be in the primaries.

But statewide candidates don’t get to choose their voters, and their closing arguments at this time next year — that’ll be in the final weeks of the 2022 campaigns — could focus on just about any item on that legislative list.

Conservative Republicans had a blockbuster session, even if some of them won’t admit it, and they’ll be bragging about the results on the stump and in their fundraising letters, playing for conservative voters hoping for more of the same in the next regular session in 2023.

Democrats might not have many candidates, but what candidates they have won’t be without things to talk about. And their statewide candidates will be facing incumbent Republicans in most races.

State and federal legislative candidates, whose competition is mostly in the primaries, have to tailor their appeals to their own party’s voters — the reddest Republicans and the bluest Democrats.

Statewide officials have to be a little more careful. Texas is still a Republican-dominated state, but Democrats came close in several statewide races four years ago, and issues that don’t sharply divide primary voters can be more treacherous in a general election.