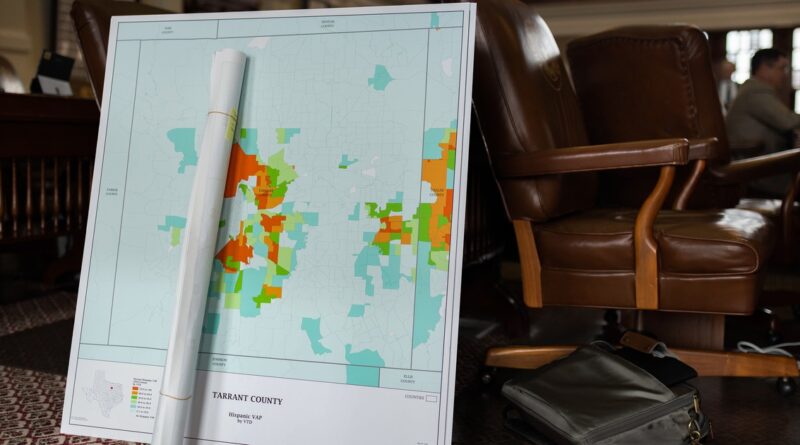 Democrats won’t be rallying voters with claims they can flip control of the Texas Legislature in the general election a year from now.

The redistricting maps nearing approval in the current special legislative session make that a near impossibility.

Missing their last chance to win a majority in the Texas House in 2020 — remember that “Turn Texas Blue” battle cry? — was politically expensive for the state’s Democrats. It meant the new political maps drawn to fit the new 2020 census would be tailored by Republicans, for Republicans, and that Democrats’ wishes would end up in the dustbin or, at best, in the courts.

That’s what’s happening, and those are the maps that will be used in the 2022 elections. They’re not quite law yet but will be soon, and they are markedly more Republican than this conservative state’s recent voting history.

Because those maps almost guarantee Republican majorities in the state’s congressional delegation, in the Texas House and Senate, and in the State Board of Education, the 2022 elections will really be about the executive branch. The odds there aren’t great for the Democrats, either.

In the 2020 presidential election, Donald Trump got 52.1% in Texas and Joe Biden got 46.5%. With that baseline, Republicans should have 78 seats in the House, 16 in the Senate, 20 in the congressional delegation and eight on the SBOE. In the new maps, voters in 85 of the House districts favored Trump, along with 19 Senate districts, 25 congressional districts and nine SBOE districts.

The proposed maps favor Republicans more than the state’s voters do. But even if they were precisely representative of how Texans voted in the last statewide elections, the GOP would have an edge: They won all of those contests.

Whatever else you might say about that situation — whether it’s “to the majority go the spoils” or “gerrymandering is undemocratic” — those are the maps that will be used in the 2022 elections. And if they aren’t given wholesale makeovers, they strongly favor Republican candidates and are designed to keep Republican majorities in all four places.

Democratic candidates haven’t won a statewide election in Texas since 1994. Midterm elections — those that fall between presidential elections — are typically hard on the party of whoever is in the White House. That’s a Democrat right now, and Republicans running for office in Texas (and everywhere else in the country) will be campaigning against whichever Biden administration policy happens to be most unpopular with voters at the time.

To top it off, the Democrats do not yet have a standard-bearer, though it would be a surprise at this point if former U.S. Rep. Beto O’Rourke of El Paso did not enter the governor’s race before the start of the holiday season. While there has been a lot of conversation about who else might run for this or that, that late-forming Democratic ticket shortens the time available to raise the money and build the public reputation and recognition needed to win a statewide election. It takes time to become a household name, even if only the political households in the state are in the audience.

Having missed their shot at real influence on the maps, Texas Democrats start the next decade trying to find ways to win on Republican turf. At the end of the last decade, their biggest advances came in legislative races, particularly in the Texas House.

The new maps will make that difficult, particularly in the next couple of election cycles. The current maps were drawn in 2010 by Republicans trying to bolster their majorities, then tinkered with by federal judges who found intentional racial discrimination by lawmakers and other problems in the designs of some districts. Over the next 10 years, the state’s growth and changing politics eroded that advantage. That might happen again between now and 2030, but that won’t help the Democrats in 2022.

Their best chances are at the top of the ballot, where Republican incumbents are known to voters and have money, organization and an undefeated winning record that stretches back more than a quarter of a century. Those chances aren’t all that great; they’re just better than the chances Democrats have for legislative majorities.

Judging by their governing record this year, the Republicans — starting with Gov. Greg Abbott — are most worried about competition from members of their own party in next year’s primaries. They’re defending their right flanks from conservatives, not their left flanks from liberals.

It’s not hard to see why.