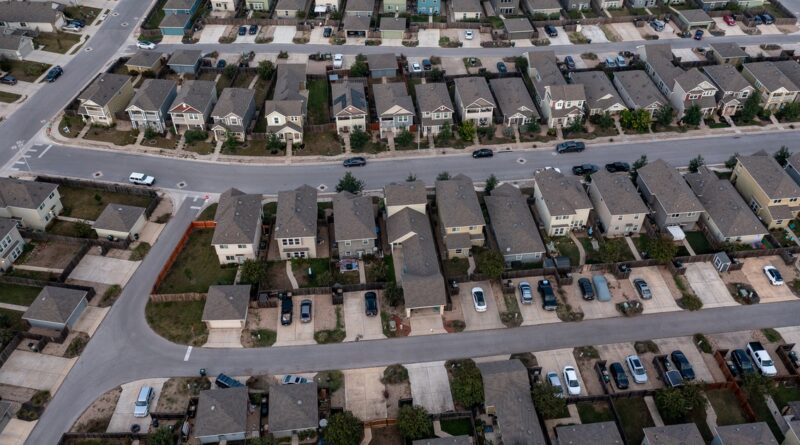 If you think about it, property taxes in Texas are a pretty sweet deal for the state government.

But the state of Texas itself doesn’t levy a property tax. Only school districts, counties, hospital districts and local government entities can do that — and they often use those locally raised property tax dollars to cover holes left in their budgets by the state.

It has proven almost impossible to get meaningful property tax relief from the same state politicians who campaign on that issue every two years. Not only are they insulated from collecting property taxes, but the only way to lower property taxes is to either cut services and programs that Texans want, like public schools and public health, or to raise other taxes themselves.

Making sympathetic noises about Texans’ high property taxes while not actually doing anything meaningful to lower them is much easier — and, so far, has provided legislative and statewide incumbents with a powerful and perennial political issue that doesn’t require them to do anything they’d consider painful.

In the case of school district taxes in particular, that means Texans pay higher property taxes because the state relies on school districts to lower its own bill for public education. It’s baked into the state budget, as pointed out, most recently, by the Texas Association of Appraisal Districts.

“An increase in property taxes is sometimes needed to keep the police and fire departments adequately funded, along with our schools, hospitals, and other vital services for our communities,” TAAD wrote in a recent news release. “The State of Texas also benefits from property taxes to the tune of over $5.6 billion in a two-year budget cycle. That’s 75% more than the state makes from the lottery.”

That money is the difference between what the state spent on local schools and what it would have spent without increases in local property values. If you haven’t been looking, those values are soaring, which has the effect of raising property tax bills and lowering what the state needs to send to your local school district for its share of the costs.

The state has more money to spend — $5.6 billion — as a direct result of higher property taxes. And state officials don’t have to answer for it, really: They just say theirs is not the government collecting property taxes. They have cleverly outsourced that political liability — collecting a hated tax — to your local school board.

Schools is the big one, but not the only case where what happens in Austin affects the size of your local property tax bill.

For years, the Legislature has refused to expand Medicaid to cover more people, or do much else to get the state out of its worst-place position when it comes to the number and rate of people without health insurance. Those 5.4 million people — that’s a bigger population than 28 states — instead rely on uncompensated health care, when they get any health care at all. Who pays for uncompensated health care? County hospital systems and other patients. Those county systems are funded, in large measure, with property taxes.

It’s a roundabout circuit, but it’s safe to say there would be less pressure on your local property taxes if the state government would find a solution to the uninsured care problem. Other states have done it, with varying effects: All 49 of them have better results than we do when it comes to health insurance coverage.

State officials in Texas like to say that they hate property taxes just as much as you do.

Property taxes are levied by local officials, and state officials can complain about it without being blamed for the trouble taxpayers have with it. Texas doesn’t have a personal income tax, a bragging point for everyone involved in economic development, and a relief for anyone with a personal income. The cost of that is higher-than-average sales and property taxes.

The state sets sales taxes, though changes in the rate are rare. And it more or less requires property taxes by requiring local governments to provide services and programs and to rely so heavily on those taxes to pay for the work. And state officials get a bonus: Their local counterparts get stuck with the blame.

Disclosure: Texas Association of Appraisal Districts has been a financial supporter of The Texas Tribune, a nonprofit, nonpartisan news organization that is funded in part by donations from members, foundations and corporate sponsors. Financial supporters play no role in the Tribune’s journalism. Find a complete list of them here.