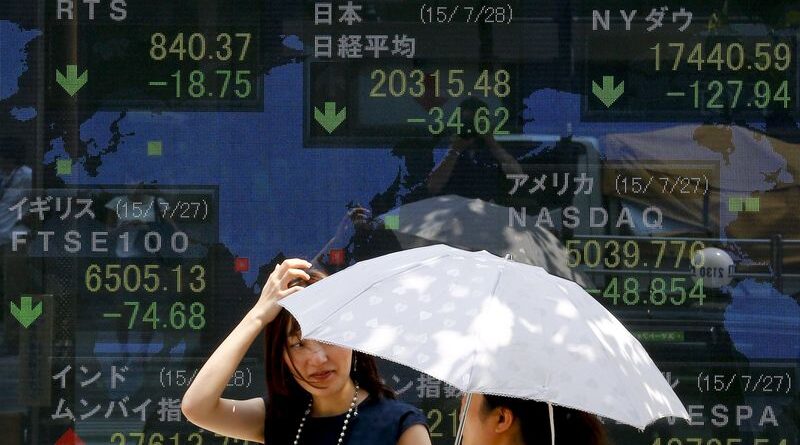 Investing.com – Asia Pacific stocks were mostly down on Friday morning, with a slew of U.S. Federal Reserve officials indicating faster-than-expected interest rate hikes and the tumbling to its lowest level since October 2021.

South Korea’s fell 1.42%, with the hiking its interest rate to 1.25% as it handed down its policy decision earlier in the day.

At the U.S. Senate Banking Committee hearing for her nomination as Fed vice-chair, Lael Brainard said officials could boost rates as early as March 2022 to curb inflation.

Fed Bank of Philadelphia President Patrick Harker favors a March liftoff and three or four interest rate hikes for 2022. His Chicago counterpart Charles Evan sees a similar number of increases in 2022 but added that he could not judge the likelihood of the first hike taking place in two months’ time.

Interest rate hikes could push investors toward value stocks, which tend to be more cyclical and offer near-term cash flows.

“We are in a position where much that has been positive for equities is maybe moving to neutral or negative, and while there are still few alternatives, it makes the equity market ripe for more fluctuations over the next few months as we see how the data shake out and how the Fed reacts,” Alpine Woods Capital Investors portfolio manager Sarah Hunt told Bloomberg.

Earnings may also come into play, with the valuation gap between Big Tech and the rest of the market likely to narrow as the pace of earnings-per-share growth remains below that of the into the fourth quarter, according to Bloomberg Intelligence chief equity strategist Gina Martin Adams.

Further data, including and , is due later in the day, while Wells Fargo & Company (NYSE:), Citigroup Inc. (NYSE:), and JPMorgan Chase & Co. (NYSE:) will also report earnings.

Meanwhile, investors also digested the news that the U.S. Supreme Court blocked a rule that would require 80 million workers to get vaccinated against COVID-19 or face periodic tests, a key component of President Joe Biden’s vaccination push.