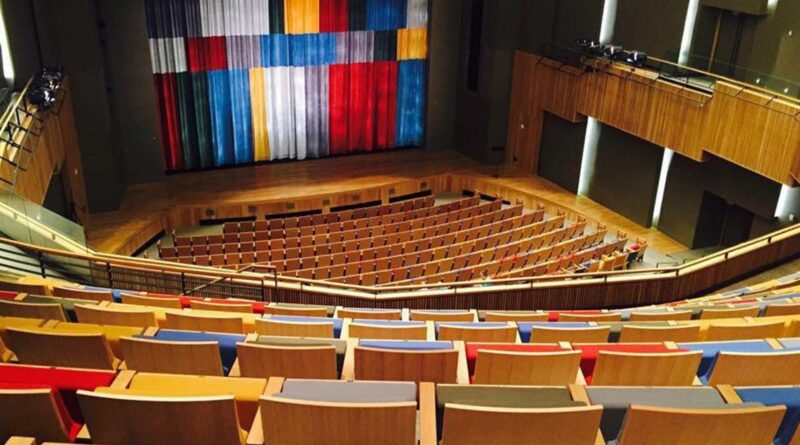 Beto O’Rourke accused Gov. Greg Abbott of refusing to face voters during the candidates’ first and only gubernatorial debate by not allowing a studio audience to view the event.

“It’ll be empty—no seats filled—because Abbott refuses to face those he’s failed these last 8 years,” O’Rourke said in a tweet with a photo of an empty auditorium before the debate began.

Abbott’s team rejected the assertion, saying that O’Rourke agreed to the audience-free debate months ago.

“The terms of debate were agreed to by both campaigns months ago, and now at the last minute Beto doesn’t like them. He’s a fraud surrounded [by] incompetence,” said Mark Miner, a campaign spokesperson for Abbott.

The debate, which began at 7 p.m., is taking place at the University of Texas Rio Grande Valley in Edinburg in front of hundreds of empty seats. Even the media covering the event is stationed in a separate room and is not allowed to be in the space where the debate is taking place.

An email shared with The Texas Tribune by O’Rourke’s campaign indicates that the governor declined several requests by O’Rourke’s team to change several aspects of the debate.

“I received feedback from the Abbott campaign on the requested changes we discussed yesterday in reference to, adding an audience, town hallstyle format, standing for Beto, and date change,” read an email between O’Rourke’s campaign and Nexstar, the debate organizer.

O’Rourke criticized Abbott on social media after holding a press conference with family members of the Uvalde shooting victims. About 35 family members boarded a bus from Uvalde on Friday morning to travel 280 miles and nearly five hours to the news conference in Edinburg.

With no option to watch the debate in person, the family members will instead see the event at an O’Rourke watch party before heading back home. The families of the Uvalde school shooting victims have been vocal in their advocacy for gun control measures, meeting with lawmakers in Austin and Washington and keeping the issue in news, even four months after the shooting.

Disclosure: The University of Texas Rio Grande Valley has been a financial supporter of The Texas Tribune, a nonprofit, nonpartisan news organization that is funded in part by donations from members, foundations and corporate sponsors. Financial supporters play no role in the Tribune’s journalism. Find a complete list of them here.

To get a roundup of TechCrunch’s biggest and most important stories delivered to your inbox every day at 3 p.m.