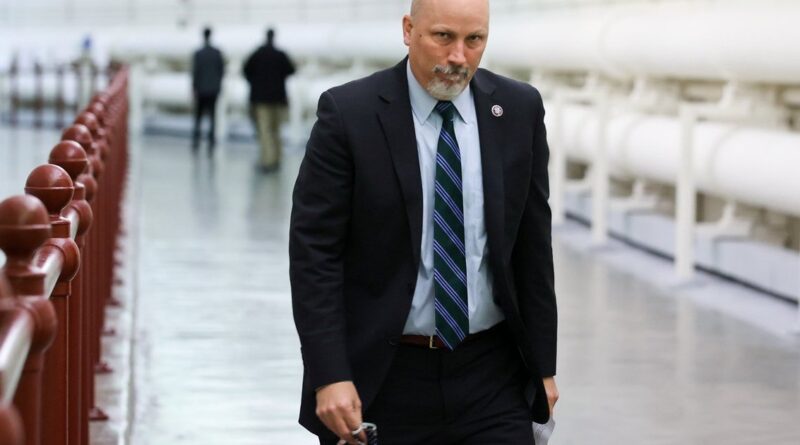 WASHINGTON — U.S. Rep. Chip Roy, R-Austin, expressed an early eagerness to contest the 2020 presidential election, while also privately pushing for real evidence to be the basis for any challenge and later urging former President Donald Trump to “call everyone off” the effort to block the certification of President Joe Biden’s victory.

“If we substitute the will of states through electors with a vote by Congress every 4 years… we have destroyed the electoral college… Respectfully,” Roy texted to Trump’s chief of staff, Mark Meadows, on Dec. 31, 2020, according to a CNN report.

“Give a statesman speech. End strong,” he added.

CNN obtained and published a series of exchanges between Roy and Meadows ranging from the days after the election to the Jan. 6 insurrection, when a group of Trump supporters stormed the Capitol and temporarily blocked Congress from certifying Biden’s electoral victory. The revelations Friday set off an online frenzy around Roy heading into Easter weekend.

The released texts begin on Nov. 5, two days after the 2020 presidential election. At that point, major news organizations had not yet declared Biden the winner, which is the traditional moment when a presidential transition begins.

Because of uncounted mail-in ballots, the races in three states remained uncalled: Arizona, Georgia and Pennsylvania. At that point, Trump’s seeming lead in those states was evaporating by the hour as votes were counted.

“We have no tools / data / information to go out and fight RE: election / fraud. If you need / want it, we all need to know what’s going on. Fwiw…,” Roy wrote to Meadows.

The published texts end on Jan. 6, the day the Capitol was stormed as Roy urged Meadows to “Fix this now.”

All through the final months of his term, Trump was seeking to fight the election results, claiming falsely that the victory was stolen. Republicans — including Texans — never found any substantial evidence that widespread fraud occurred, despite oftentimes wild claims to the contrary during the fall and winter of 2020 and 2021. Federal courts repeatedly and consistently shot down attempts to reverse the results.

On Friday, Roy stood by his actions.

“Been off social media this Good Friday, but apparently there’s quite a stir,” Roy said on Twitter. “I’ll say this once. No apologies for my private texts or public positions – to those on the left or right. I stand behind seeking truth, fighting nonsense, & then acting in defense of the Constitution.”

When Roy initially asked for the tools to fight for Trump on Nov. 5, Meadows responded by saying they were working on them and congratulated Roy for his reelection victory. Roy wrote back: “Yessir, thx. Now let’s hold GA, & take az & pa!”

But later in the day, Roy began pressing for guidance on how to politically litigate Trump’s cause.

“What’s the message? This seems hard to sell,” he wrote.

Eventually, Meadows replied: “If observers are not present then votes should not be uploaded. The fair and open process should be subject to observation.”

Two days later, all of the major news networks called the race for Biden.

“If you’re still in the game… dude, we need ammo,” Roy wrote to Meadows on Saturday, Nov. 7. “We need fraud examples. We need it this weekend.”

“We are working on exactly that,” Meadows replied.

On Nov. 9, Roy alerted Meadows that he was traveling to Georgia to see Cleta Mitchell, one of the most active Trump campaign litigators at that point. Roy tweeted a photo with her that same day.

“… let me know what I can do,” Roy wrote to Meadows. “We need a message that isn’t wild-eyed.”

Later that day, Roy sent what appeared to be a note intended for an audience of Trump’s inner circle. He urged the president “to tone down the rhetoric” and to “approach the legal challenge firmly, intelligently and effectively without resorting to throwing wild desperate haymakers, or whipping his base into a conspiracy frenzy.”

He indicated that he still wanted to keep up the fight, saying the goal is to “get the president re-elected by counting every ‘legal’ vote through recounts in states where the margins qualify, and filing lawsuits in states where there is enough circumstantial voting irregularities evidence to justify the legal action.”

Roy then warned Trump allies that if a “final determination” indicated Trump lost, Republicans should “have an orderly transfer of power, and push hard for election process reform so that this does not happen again if we win, full speed ahead on all conservative fronts.”

Again on Nov. 9, Meadows said the Trump campaign is “going to do a manual recount,” likely referring to the Georgia presidential contest.

At that point, a key legal marker for Roy began to emerge, when he told Meadows “Gotta go before certification…” referring to the traditional Jan. 6 certification of the Electoral College in Congress.

On Nov. 15, Roy again asked for evidence of voter fraud: “Who has catalogued / is tracking the best case for fraud / issues? Do we know?”

Meadows did not appear to reply.

Four days later, Roy texted to Meadows that “we need substance or people are going to break…,” likely referring to House Republican colleagues. Meadows also did not appear to reply to that.

On Nov. 22, Roy restated his previous warning: “If we don’t get logic and reason in this before 11/30 – the GOP conference will bolt (all except the most hard core Trump guys.)”

He also advised that “Frigging Rudy needs to hush… “ an apparent reference to Rudolph Giuliani, who was leading Trump’s legal charge in overturning the election and holding outlandish press conferences in which he was asserting fraud.

For the rest of November, Roy continually checked in with Meadows. He offered legal and political advice while continuing to press for evidence to make the public case for Trump.

“I think there is a strong message that would be louder and better than Sydney/Rudy have been doing, but it’s hard to keep up,” he wrote.

In that interim, Texas Attorney General Ken Paxton led a failed lawsuit challenging the election results in Georgia, Pennsylvania, Michigan and Wisconsin, arguing that those states implemented pandemic-related changes to election procedures that were illegal.

The Supreme Court tossed out that lawsuit on Dec. 11. Fourteen Texas Republican members of the House endorsed Paxton’s challenge. Roy did not.

Roy, who once served as Paxton’s top deputy, described the case at the time as “a dangerous violation of federalism” that “will almost certainly fail.”

A week before the Jan. 6 certification, Roy’s messages to Meadows became more agitated, including the one in which he called for Trump “to call everyone off.”

“If POTUS allows this to occur… we’re driving a stake in the heart of the federal republic…” Roy wrote on New Year’s Day 2021.

Two days later, Roy joined in a statement with several of his House Republican colleagues urging against overturning the election. To do so, they argued, would be “to unconstitutionally insert Congress into the center of the presidential election process – would amount to stealing power from the people and the states.”

Roy went one step further to make his point that day, Jan. 3.

He objected to seating colleagues in states that many House Republicans were contesting, arguing that “those representatives were elected through the very same systems — with the same ballot procedures, with the same signature validations, with the same broadly applied decisions of executive and judicial branch officials — as were the electors chosen for the President of the United States under the laws of those states, which have become the subject of national controversy.”

The next day, he texted to Meadows: “I am truly sorry I am in a different spot then you and our brothers re: Wednesday. But I will defend all.”

He and several Republican senators announced on Jan. 2 that they would challenge certification, at the time a shocking step.

In missives to Meadows on Jan. 3, Cruz’s closest friend in the chamber, U.S. Sen. Mike Lee of Utah, wrote to Meadows expressing “grave concerns with the way my friend Ted is going about this effort.”

“This will not inure to the benefit of the president,” Lee added.

And then, on Jan. 6, not long after Cruz delivered his remarks challenging the legitimacy of Biden’s victory, violent intruders stormed the Capitol, leaving several people dead and hundreds injured.

Roy, who was present at the Capitol that day, sent Meadows two more messages.

“This is a sh*tshow,” he wrote to the president’s chief of staff. “Fix this now.”