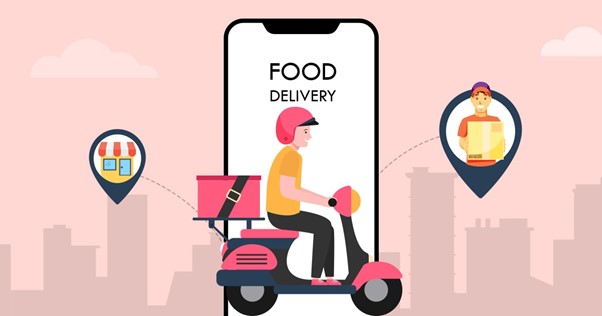 Download, order, eat and repeat. Yes, this has become a trend. Food delivery was popular before COVID-19 for its ability to provide on-demand meals with ease and convenience. But now, food service apps are more popular than ever since many restaurants are no longer offering in-restaurant dining or severely limiting it.

The global food delivery market is flourishing. Zomato in India, UberEats in the USA, JustEat in the UK, and Postmates in San Francisco are the delivery companies expected to earn billion-dollar valuations by the end of the decade. What is the current state of all these food delivery apps? They are not growing but exploding in terms of downloads and revenue.

In the above examples, international expansion is the solution, and most recently, Latin American expansion. Latin America is poised to become a food delivery market “El Dorado” within the next decade. Despite the region’s share of global GDP being below 10 percent, attractive growth rates and rising living standards encourage the development of food delivery and new services in the major Latin American economies.

LATAM is the second-fastest-growing mobile market, so it’s not surprising that food delivery giants have mobbed to this country to try their fortunes. There are more than 10-12 food delivery apps available in the region, and they’re gaining attention worldwide. But who is winning the war? Let’s discuss that in the next section.

Latin America is experiencing a boom in its technology industry. Millions of consumers are now using mobile devices to access the internet, and entrepreneurs are taking advantage of increased access to build an empire.

A doorstep delivery culture has long existed in Latin America. For years, mom-and-pop shops, medicals, restaurants, and large grocery chains have provided the online service. There was no problem for these companies to have their own full-time delivery personnel to deliver products to their customers quickly and reliably.

Consequently, throughout Latin America, food delivery has become a vast industry, valued at USD 6.5 billion. With factors such as an immediacy-driven culture, a consumer-centered workforce, the exponential growth of the internet, and more recently, the ongoing Pandemic, the food delivery market has thrived and not shown any negative signs.

The region is estimated only to have a 12% penetration rate, which means there is a tremendous opportunity for startups and established companies. Before discussing the major players, it is worth understanding when and by whom the food delivery market of LATAM came into the discussion.

Niklas Stenberg, the founder of the Delivery Hero Group, founded the company in 2011 as an outgrowth of his previous food delivery business in Sweden. A global M&A process produced acquisitions in Europe, Asia, and Latin America that allowed the company to compete on a global scale.

Delivery Hero acquired five startups in Europe in its first year of operations. As part of several large, successive rounds of funding, Delivery Hero raised US$350M from former investors and Vostok Nafta in 2014, and this was Europe’s most prominent investment since 2009.

As a result, Delivery Hero expanded its operations into Latin America and accelerated the growth of the food delivery market across the region. After that, many acquisitions, collaborations, expansions, and launches have occurred, and there is stiff competition between these players.

Let’s dig into detail which company is winning the war and establishing itself as a king in this emerging market.

Many of the startups in this region are exploring how to capitalize on changing consumer habits as they become more accustomed to ordering online and relying less on traditional means ( visiting restaurants and phones.)

Food delivery in LATAM is booming. Many players allow customers to order food and other essential products from nearby restaurants and stores to get things done.

Let’s explore the prominent players in the game.

Rappi is the most popular and funded Latin American startup founded in 2015. In Colombia, Argentina, Brazil, Chile, Costa Rica, and Uruguay, Rappi has the widest penetration in the region and enables users to order food and products from their favorite restaurants. It even allows them to order groceries and make payments within the app.

No wonder why Rappi is known as a “super app” and triggering many business startups and traditional business owners to create an app similar to Rappi as its multi-vertical business model has captured the attention of many eyeballs in no time.

Glovo was launched in 2015 in Barcelona but now operates in more than 26 countries. Glovo’s CEO Oscar Pierre once said, “our strategy has always been to concentrate on markets where we can grow and thrive.” As a result, Glovo has received millions of funding from various inventors.

Along with the food delivery, Glovo has also started grocery delivery services to strengthen its Q-commerce offerings.

The company, founded in 2015 by Daniel Undurraga and Oskar Hjertonsson, began with $300,000 in the capital. An app for grocery delivery created by some of the former Groupon LatAm founders, the Groupon Mafia recently acquired by Walmart for $225million.

As one of the market leaders in Latin American food delivery, PedidosYa was acquired by Delivery Hero. The company delivers food to customers from more than 15,000 restaurants in more than 400 cities throughout Latin America.

Who is Winning the Battle?

The technologies that we use daily are changing how we do things, and applications are saving us time that we can now spend doing what we enjoy.

Talking about the Latin American food delivery market, a few of the most active companies boast millions of users and app downloads. The market is highly competitive, but Rappi seems a clear winner because it offers multiple services under one umbrella and has attracted international attention.

However, there is always room for improvisation. Investors who have lost their interest in developed markets can think of Latin America as it has become a “sweet spot” for a delivery business.

Nirav is an online marketer and blogger having hands-on experience in crafting creative content. His creative writing skills are fantastic as his ability to write engaging content attracts the readers. His enthusiastic approach to researching the facts related to the topics is phenomenal. He knows all the latest trends of delivery business, strategies to digitalize SMEs,  changing market dynamics, etc.