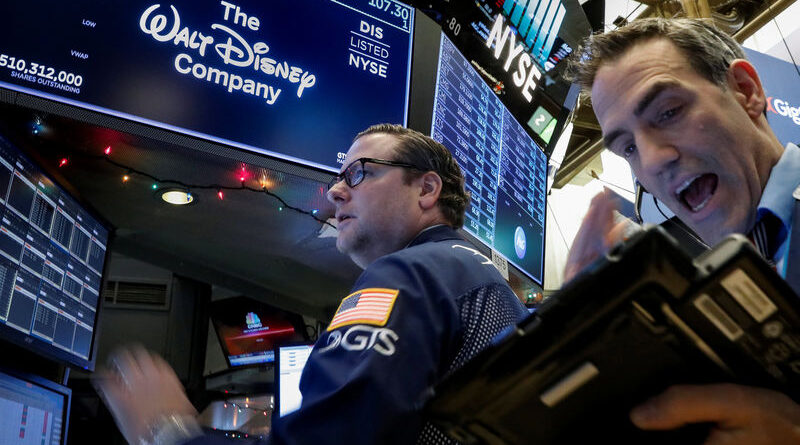 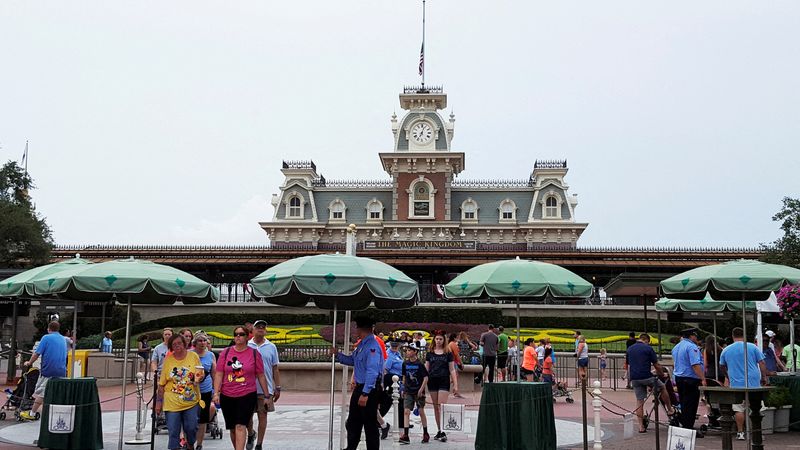 By Maria Caspani and Dawn Chmielewski

(Reuters) – Florida Governor Ron DeSantis on Friday signed a bill that strips Walt Disney (NYSE:) Co of self-governing authority at its Orlando-area parks in retaliation for its opposition to a new law that limits the teaching of LGBTQ issues in schools.

The Republican-controlled legislature on Thursday approved the bill, which will eliminate the special governing jurisdiction that allows the company to operate Walt Disney World Resort as its own city. Within the 25,000-acre tract, it operates four theme parks, two water parks and 175 miles of roadway.

Disney’s special status “was really an aberration,” DeSantis said at a news conference where he signed the bill into law. “No individual or no company in Florida is treated this way.”

Disney did not immediately comment on the bill’s signing.

While the financial impact on the company and the state is uncertain, the change could alter how Disney operates its sprawling Central Florida empire and sour the close relationship it has enjoyed with the state for more than 50 years.

The governor on Friday said Disney would pay more taxes as a result of the law but did not elaborate.

DeSantis is a potential 2024 Republican presidential candidate who has courted conservative voters on issues such as immigration, abortion and LGBTQ rights.

With his latest move against Disney, DeSantis is attempting to burnish his conservative credentials by showing he is willing to stand up to what he described as a “woke” company based in California that does not share Florida’s values.

Disney initially did not publicly oppose the LGBTQ legislation last month, prompting criticism from that community and some employees. The company later condemned the law and said it would suspend political donations in Florida pending a review.

The law, dubbed the “don’t say gay” bill by critics, bans classroom instruction on sexual orientation or gender identity for children in kindergarten through third grade. DeSantis backed the measure, saying it would give parents more control over their children’s education.

Opponents call it a thinly veiled attempt to marginalize gay and transgender students, or the children of queer parents.

At a fundraiser in Seattle on Thursday, President Joe Biden weighed in on the clash between Disney and Florida Republicans. He said efforts to impose such constraints “have nothing to do with traditional conservative doctrine.”

“I respect conservatives. There’s nothing conservative about deciding you’re going to throw Disney out of its present posture because Mickey Mouse … should … not be able to say, you know, gay.”

While the bill appears to be an attack on Disney and sprawling Orlando theme parks, experts say the financial impact of the legislation on the company and the state is unclear at this stage.

DeSantis rushed the bill through the statehouse, pushing it through within three days of a special session, but it will not take effect until June 2023, giving the two sides time to adjust to the new reality.

The law dissolves the Reedy Creek Improvement District, which was created in the 1960s to lure Disney World to the state, after the much smaller Disneyland had become a hit theme park in California.

For more than half a century the district has enabled Disney to function like a county government, providing services such as fire-fighting, power, water and roads within Orange and Osceola counties. In turn Disney can issue bonds with tax advantages to pay for improvements.

Disney is a major political contributor in the state. In the 2020 election cycle, the company donated $4.8 million in total, including campaign funds to more than 100 individual Florida legislative members, some of whom sponsored Thursday’s legislation, state records show.

It is unclear if the state or the company will be harmed most now that the bill has become law.

The Walt Disney Resort paid $780.3 million in state and local taxes in 2021, according to a fact sheet commemorating the 50th anniversary of the theme park. Orange County Tax Collector Scott Randolph said the legislation will punish local taxpayers more than Disney.