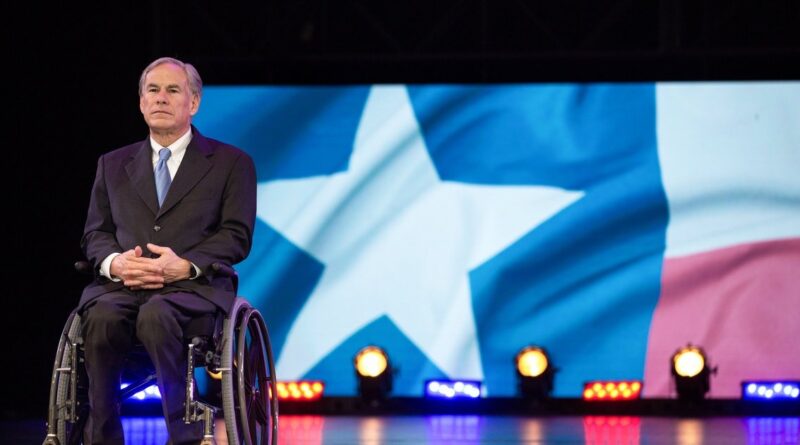 Gov. Greg Abbott on Tuesday acknowledged New York City Mayor Eric Adams’ office sent an email that was apparently a follow-up to a conversation seeking greater coordination of Texas’ plans to bus migrants to the city— but the governor stressed that the mayor himself had not made direct contact.

It was the latest in a back and forth between the two leaders who have been publicly feuding over Abbott’s efforts to bus thousands of migrants to cities run by Democratic mayors.

Last month, Adams said in an interview at The Texas Tribune Festival that Abbott’s office has rebuffed their efforts to coordinate the migrants’ arrival and treatment and is merely using the migrants as “political props” without any intention of helping them.

“‘Our team reached out and … communicated with his team and stated, ‘Can you let us know so we can coordinate the effort?’ They refused to let us know. They continued to send the buses,” Adams said at the time. Abbott’s office responded at the time that Adams had not made contact with the governor’s office.

Abbott was again asked about whether he was rejecting efforts to coordinate with the cities on Friday during a debate with Democratic challenger Beto O’Rourke at the University of Texas Rio Grande Valley in Edinburg. He again responded that Adams had not called his office.

That comment prompted Adams’ office to release on Twitter a redacted email dated Aug. 1 — four days before the first bus of migrants reached New York — that mayoral press secretary Fabien Levy said showed someone from the mayor’s office had reached out to someone from Abbott’s office.

On Tuesday, Abbott stressed that Adams himself had not reached out.

“Let me be clear about it. First, the question as I recall was ‘Has the mayor ever talked to me about it or his administration,’” Abbott said Tuesday in Houston after a roundtable with Port Houston Chair Ric Campo and leaders of the energy industry. “Neither the mayor nor his administration has talked to me. From all the records that we have, from the time that we began the busing until today, there’s been no level of contact whatsoever. There was an email that was found that was sent from the office of the mayor of New York City before the busing operation began, but I am unaware of any contact — but the point that I made most clearly was the mayor himself has done nothing to reach out.”

On Tuesday, Abbott reiterated that there was an “open invitation” for Adams to visit the border.

Abbott said at the press conference that coordination to support migrants is happening with nonprofit organizations.

“The level of coordination is with the [non-governmental organizations],” Abbott said. “There’s NGOs on the Texas side, NGOs on the receiving side, and you can tell that when you see these people getting off the buses in New York — NGOs are right there.”

Abbott has spent upwards of $14 million sending more than 10,000 migrants to cities including Washington, D.C., New York and Chicago — self-proclaimed sanctuary cities — as a political statement about an increase in migrants at the Texas border.