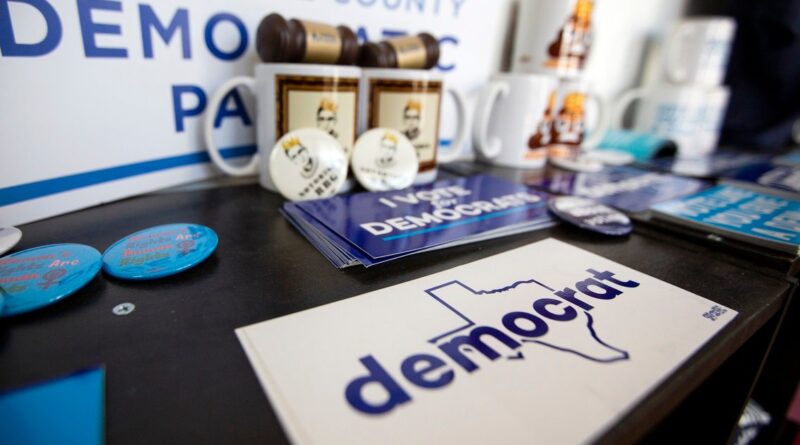 Some of Democrats’ biggest regrets about the 2020 election in Texas had to do with organizing. It was not consistent throughout the cycle — and usually isn’t in any cycle. It was supplanted by TV ads at the end. And it was hampered by the coronavirus pandemic.

Now, with the backing of the state’s most prominent Democrats, two former congressional candidates are trying to turn those regrets into action.

The candidates, Julie Oliver and Mike Siegel, are launching a new nonprofit called Ground Game Texas that will focus on year-round organizing on progressive issues, aiming to fill what they see as a statewide void for their party. The group starts off with a $1 million investment from Register2Vote, a national nonprofit that the two already help lead.

“There’s no off years and there’s no off cycles, and folks need to stay engaged year-round,” Siegel said in an interview, adding there is “kind of a tendency among Democratic activists” to get involved only in presidential-election years or high-profile down-ballot contests like the 2018 U.S. Senate race. “The Republican Party doesn’t do that. They never stop.”

Ground Game Texas will organize Texans around issues rather than candidates, with a focus on what Siegel and Oliver are calling “workers, wages and weed” — issues like raising the minimum wage and legalizing marijuana that poll well but are not reflected by Republican policymakers in the state. A February University of Texas/Texas Tribune Poll found that 60% of registered voters in Texas support legalizing some amount of marijuana for any use. A similar number in April expressed support for increasing the federal minimum wage.

The group expects to throw its weight behind local ballot initiatives, which often involve a lot of ground work such as collecting signatures for petitions to put the issues on a ballot. Siegel said he has already had conversations about proposals in 10 cities — places like Mission, Bedford and Elgin. The leading ideas there, he said, are decriminalizing marijuana and creating funding for climate jobs.

Ground Game Texas is beginning at a time when the state’s Democrats are seeking to capitalize on their party’s mobilization around the latest legislative session, which ended late last month after House Democrats staged a walkout that killed Republicans’ priority election bill. But Gov. Greg Abbott has vowed to bring it back in a yet-to-be-scheduled special session, and Democrats are working to channel their troops’ energy in the meantime.

On Tuesday, the state Democratic Party launched Project Texas, a voter registration drive on the heels of the legislative session that aims to sign up nearly 2 million new voters believed to be Democrats. The initiative is beginning with a $1.7 million pilot phase.

Similarly, the launch video for Ground Game Texas urges progressives to fight back against the “most conservative Texas legislative session in recent history.”

Ground Game Texas is launching with the support of three of the best-known Texas Democrats: Julián Castro, Wendy Davis and Beto O’Rourke, who said in a statement that the new group “is going to meet Texans where they are at to listen to them about the issues that matter most.” And it starts with an advisory board that includes Davis; rising-star state Reps. James Talarico of Round Rock and Jasmine Crockett of Dallas; and longtime party stalwarts such as former Agriculture Commissioner Jim Hightower and Texas AFL-CIO president Rick Levy.

The advisory board additionally features Democrats who ran in nationally targeted districts last year and suffered some of the toughest losses, like Candace Valenzuela, who narrowly lost to now-U.S. Rep. Beth Van Duyne, R-Irving.

Both Oliver and Siegel have firsthand experience with the challenges Democrats faced last election cycle. They both performed surprisingly well when they ran against Republican incumbents in 2018 — Oliver against U.S. Rep. Roger Williams of Austin and Siegel against Rep. Michael McCaul of Austin. In 2020, both ran again, only to lose by larger margins.

In 2020, both gained the backing of the Democratic Congressional Campaign Committee, which named them to its Red to Blue program for promising challengers. But they remain skeptical of the committee’s priorities.

“[The DCCC] doesn’t really invest in this sort of infrastructure building that Mike and I did in our campaigns,” Oliver said. “That strategy is so different between the DC strategy and the Texas strategy. … The DC strategy doesn’t really work here in Texas, so we want to do year-round organizing.”

The DCCC announced Monday that it was including Texas in an initial seven-figure investment nationally in on-the-ground organizing, calling it the “earliest ever organizing investment of this scale and scope in DCCC’s history.” The committee said it would target areas in Texas such as Dallas, Houston and the Rio Grande Valley, where Democrats notably underperformed last year.

For 2020 candidates like Siegel and Oliver, there was also the Democratic shutdown of in-person campaigning due to the pandemic. Siegel said having his “field program on the sidelines from March onward was just a tremendous loss.”

The freeze on in-person canvassing was cited in a state Democratic Party autopsy of the 2020 election, which said it “hurt our ground game.”

At the top of the ticket, Joe Biden lost the state by 6 percentage points — the lowest margin of defeat for a Democratic presidential nominee this century, but still disappointing given the party’s ambitions. The party had hoped to win multiple congressional seats and flip the Texas House, but fell far short of those goals, too.

The prioritization of issue-based organizing is not new for Texas Democrats, though Oliver and Siegel hope they can make it work on the statewide level in a way that has not happened before. The Texas Organizing Project, for example, has emerged as a force in issued-based campaigns, though its efforts are contained to the state’s three largest metropolitan areas: Harris, Bexar and Dallas counties.