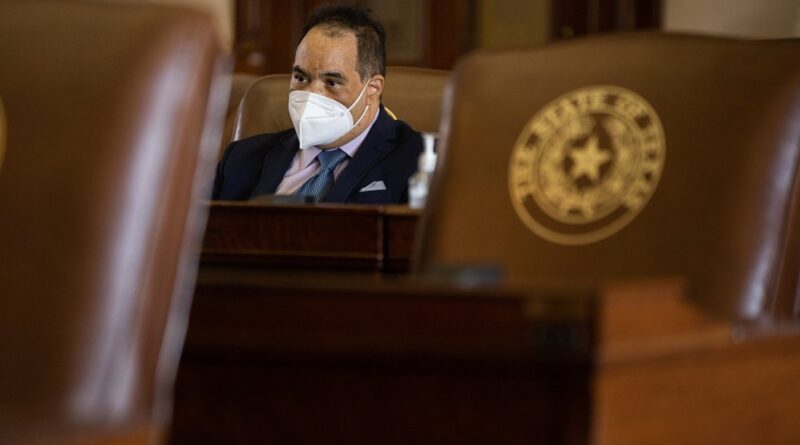 State Rep. Garnet Coleman, a Houston Democrat who has served 30 years in the Texas House, said Thursday he will not seek another term to the lower chamber.

Coleman, who has represented parts of central and southeast Houston in state House District 147 since 1991, told The Texas Tribune his retirement was based primarily on health reasons. Coleman said he still plans to stay “involved in public policy as much as” he can.

“I’m proud of the work I’ve done and my office has done,” Coleman said. “It’s just time to do something else — I’m 60 years old [and want to] use the rest of my time doing positive things.”

Coleman, who ranks fifth in seniority among the 150-member House, has served as chair of the House County Affairs Committee since the 2009 legislative session. He also chairs the Texas Legislative Study Group, a Democratic-leaning research caucus in the lower chamber.

After nearly collapsing on the House floor in early May, Coleman battled a severe illness that eventually led to the amputation of his lower right leg.

Coleman’s recovery from that surgery kept him in Houston as tensions simmered over GOP elections legislation, which prompted multiple special sessions at the Legislature this summer after House Democrats fled to Washington, D.C., to break quorum and block that bill.

As House Republicans voted to authorize law enforcement to track down any absent Democrats, Coleman remained in the state, making him vulnerable to arrest.

Though that never happened, Coleman was one of three Democrats who returned to the House roughly a month later, helping the chamber restore quorum after a nearly six-week impasse.

In a statement at the time, Coleman and the two others — fellow Houston Democrats Armando Walle and Ana Hernandez — pointed to a recent surge in COVID-19 cases across the state as their reason for returning.

Coleman’s retirement comes as at least 20 other House members have announced they will not seek reelection to the lower chamber heading into the 2022 election cycle. Some of those lawmakers will instead run for a new office, while others are running for a district recently redrawn by the Legislature as part of the redistricting process.

A number of members, however, are retiring from office.

Earlier this week, longtime state Rep. Joe Deshotel, a Beaumont Democrat who has served in the lower chamber since 1999, announced he would not seek reelection, saying in a letter to supporters he needs “some time to myself and with those I love” after spending over half of his life in public service.

At approximately 1.3 billion, it has the largest population in the world. The number of its Internet users rises significantly