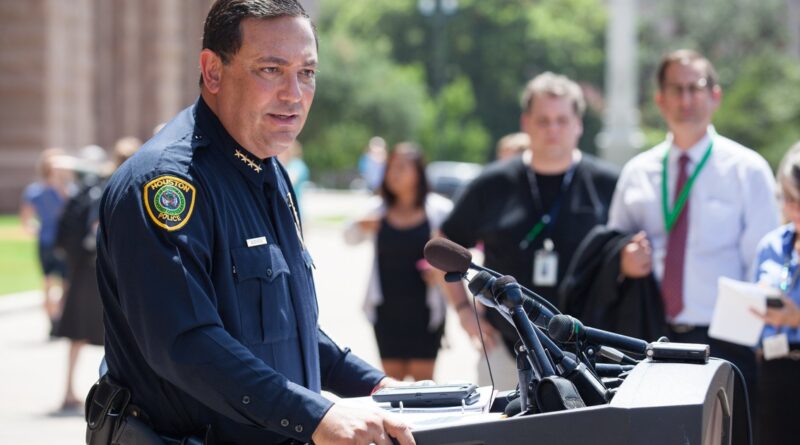 
Houston Police Chief Art Acevedo is leaving his helm to lead the Miami Police Department after holding the position for five years, he announced in a press conference.

“With the end of Mayor [Sylvester] Turner’s final term in office fast approaching and my strong desire to continue serving as a police officer, we decided that the timing for this move was good,” Acevedo said in the email obtained by the Houston Chronicle. The police chief is appointed by the mayor. Turner, who was reelected in 2019, is term limited.

Acevedo will be the third major police chief in Texas to depart after a year marked by protests against police violence. Last month, Austin Police Chief Brian Manley said he is retiring after 30 years with the department. Manley faced harsh criticism, largely spurred by the police killing of an unarmed man last year and how the department handled summer protests over police brutality.

Acevedo was one of the first big city police chiefs in Texas to speak out against the killing of Floyd and marched with protesters in Houston, saying “we will march as a department with everybody in this community.” However, Acevedo also received local backlash for refusing to release body camera footage from several deadly shootings in Houston.

Miami Mayor Francis Suarez told the Miami Herald “this is like getting the Tom Brady or the Michael Jordan of police chiefs.”

Acevedo will lead a force of nearly 1,400 officers in Miami compared to Houston’s force of over 5,200 officers. He will replace former Miami police chief Jorge Colina, who retired in February.

“We have been through so much as an extended family,” Acevedo said in the email. “Hurricane Harvey, two World Series, a Super Bowl, (Imelda), the summer of protest, and most recently, an ice storm of epic proportion. On top of all this, we have sadly buried six of our fallen heroes.”