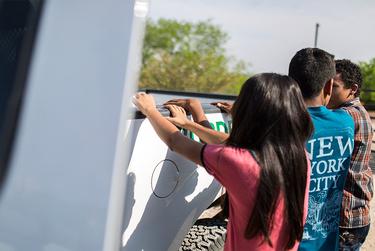 
A federal district judge on Wednesday ruled that the Trump administration can’t continue its practice of immediately deporting unaccompanied minors without due process.

The administration has been doing that since March, when it invoked what’s known as a “Title 42” order to turn back the migrants as a way to contain the spread of COVID-19.

The case was brought by the American Civil Liberties Union, the Texas Civil Rights Project, the Center for Gender & Refugee Studies, and Oxfam, a global coalition of charity organizations.

“It has taken months and a suit against the government to confirm what we already knew: the Trump administration cannot weaponize a pandemic to destroy long-established protections for children with a shadow system of zero accountability,” Karla Marisol Vargas, a senior attorney with the Texas Civil Rights Project, said in a statement.

The order from U.S. District Judge Emmet Sullivan does not apply to adults of family units who cross the border seeking asylum or other forms of protection.

At least 13,000 unaccompanied children had been removed from the country under the order, the ACLU said in a statement. The children were either returned to Mexico or flown to their countries of origin. Before the order, children who turned themselves in to Border Patrol after crossing the border were processed by federal agents and then put in the custody of the Office of Refugee Resettlement.

The number of unaccompanied minors crossing the border reached record levels under the Obama administration in 2014, specifically in the Rio Grande Valley. But the numbers dipped considerably over the next few years. Still, the number of crossings was considered high enough under the Trump administration that a “tent city” was opened in Tornillo, Texas in 2018 to house the young migrants.

Federal government statistics show that in the 2020 fiscal year, only the Laredo Sector of the Border Patrol saw an increase in the number of unaccompanied minors crossing the Texas-Mexico border, to 2,641 in 2020 from 2,521 in 2019 — a 5% jump. In the Border Patrol’s four sectors along the Texas-Mexico border, the number of minors apprehended without an adult dropped this year, from a low of 32% to a high of 70%.

Wednesday’s ruling marks the second setback for Trump’s immigration policies in less than a week. On Saturday, U.S. District Judge Nicholas G. Garaufis ruled that acting Department of Homeland Security Secretary Chad Wolf wasn’t appointed to that position according to DHS guidelines, rendering invalid a July memo he issued on the Deferred Action for Childhood Arrivals program, or DACA.

That 2012 program was open to undocumented immigrants who came to the country before they were 16 and who were 30 or younger as of June 2012. As of March, about 106,000 DACA recipients lived in Texas, and another 86,000 Texas residents were potentially eligible to apply, according to the Migration Policy Institute.

Ending DACA was one of President Trump’s early campaign promises. But the U.S. Supreme Court ruled in June that the administration didn’t properly halt the program. Wolf nonetheless issued a memo in July that slashed DACA protections, including reduction of a renewable two-year work permit to one year. He also excluded new applicants from applying while the Supreme Court’s decision was under review.

Garaufis did not immediately restore the program to its original form. But lawyers for DACA recipients said after a hearing Wednesday that more guidance will be issued next month.