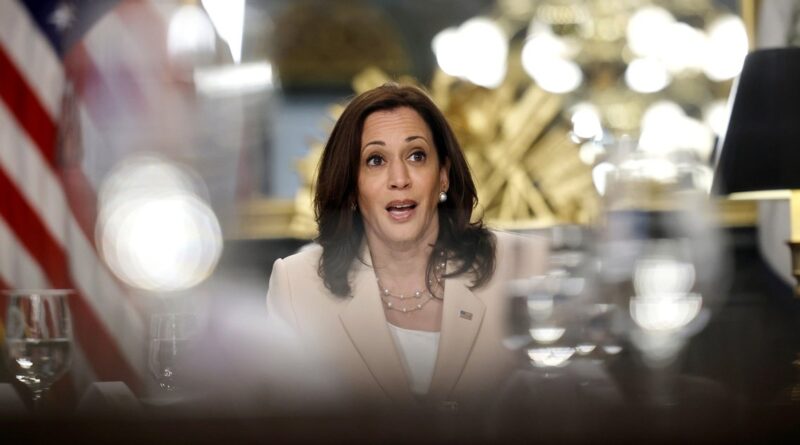 Vice President Kamala Harris is coming to Texas next month to headline an annual event for the state Democratic Party, according to the party.

It will be the Biden administration’s highest-profile political appearance in Texas since President Joe Biden took office, and it will come a month before the November election. Harris will be the keynote speaker at the party’s yearly Johnson-Jordan Reception on Oct. 8 in Austin.

Gilberto Hinojosa, the state Democratic Party chair, said in a statement that Harris’ visit demonstrates that historically red Texas is still in play.

“Her trip shows that that the nation’s eyes truly are upon Texas as we head into the midterm elections — and critically, that from Beto’s race, to Mike’s and Rochelle’s races, to races up and down the ballot, Texas is a winnable state,” Hinojosa said, referring to the Democratic nominees for governor, lieutenant governor and attorney general, respectively: Beto O’Rourke, Mike Collier and Rochelle Garza.

Polls show that Democratic statewide candidates trail their Republican opponents by mid single digits in most cases. But Democrats are energized after the U.S. Supreme Court’s overturning of Roe v. Wade, a decision that had especially serious consequences in Texas, and Harris has been a key surrogate for the White House on the issue.

Biden, meanwhile, is generally unpopular in the state. In the latest University of Texas/Texas Politics Project Poll, 52% of registered voters in Texas said they disapproved of the job Biden was doing, compared with 40% who said they approved.

Republicans celebrated Harris’ decision to visit so close to an election where they are betting Biden’s unpopularity keeps Democrats out of power.