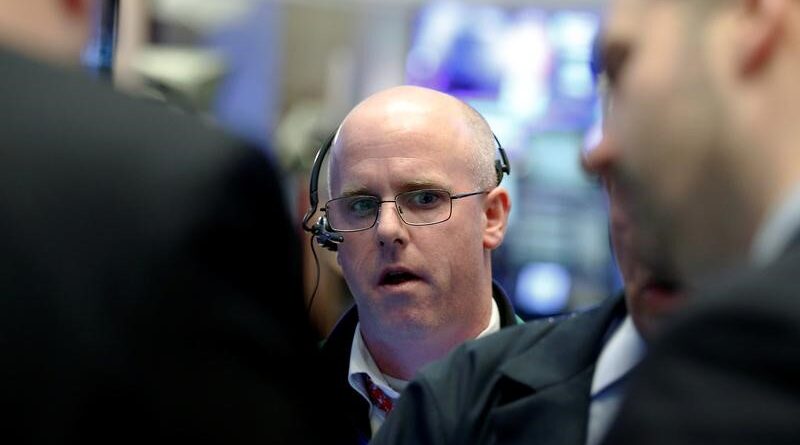 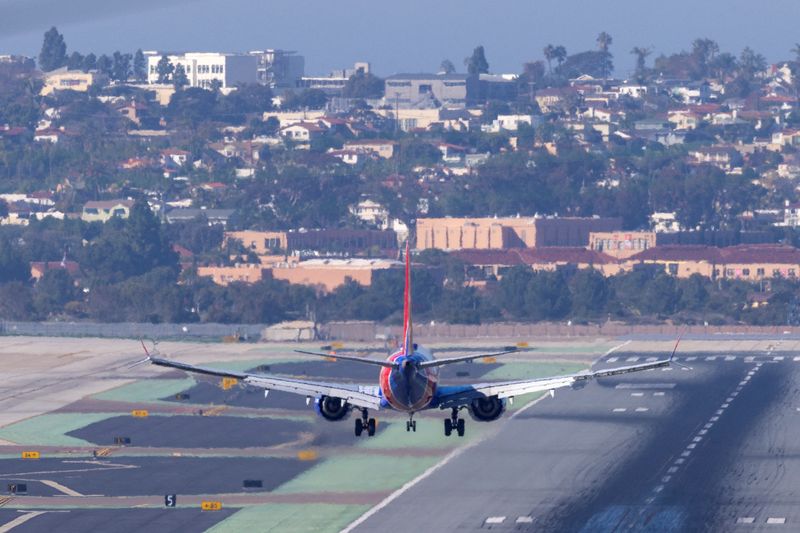 WASHINGTON (Reuters) -The chief executives of major U.S. passenger and cargo carriers on Monday warned of an impending “catastrophic” aviation crisis in less than 36 hours, when AT&T (NYSE:) and Verizon (NYSE:) are set to deploy new 5G service.

The airlines warned the new C-Band 5G service set to begin on Wednesday could render a significant number of widebody aircraft unusable, “could potentially strand tens of thousands of Americans overseas” and cause “chaos” for U.S. flights.

“Unless our major hubs are cleared to fly, the vast majority of the traveling and shipping public will essentially be grounded,” wrote the chief executives of American Airlines (NASDAQ:), Delta Air Lines (NYSE:), United Airlines, Southwest Airlines (NYSE:) and others in a letter first reported by Reuters.

The Federal Aviation Administration (FAA) has warned that potential interference could affect sensitive airplane instruments such as altimeters and significantly hamper low-visibility operations.

Airlines late on Monday were considering whether to begin canceling some international flights that are scheduled to arrive in the United States on Wednesday.

“With the proposed restrictions at selected airports, the transportation industry is preparing for some service disruption. We are optimistic that we can work across industries and with government to finalize solutions that safely mitigate as many schedule impacts as possible,” plane maker Boeing (NYSE:) said on Monday.

Action is urgent, the airlines added in the letter also signed by UPS Airlines, Alaska Air (NYSE:), Atlas Air (NASDAQ:), JetBlue Airways (NASDAQ:) and FedEx (NYSE:) Express. “To be blunt, the nation’s commerce will grind to a halt.”

Airlines for America, the group that organized the letter, declined to comment. The FAA said it “will continue to ensure that the traveling public is safe as wireless companies deploy 5G. The FAA continues to work with the aviation industry and wireless companies to try to limit 5G-related flight delays and cancellations.”

AT&T and Verizon, which won nearly all of the C-Band spectrum in an $80 billion auction last year, on Jan. 3 agreed to buffer zones around 50 airports to reduce interference risks and take other steps to cut potential interference for six months. They also agreed to delay deployment for two weeks until Wednesday, temporarily averting an aviation safety standoff, after previously delaying service by 30 days.

Verizon and AT&T declined comment on Monday. They argue C-Band 5G has been successfully deployed in about 40 other countries without aviation interference issues.

The CEOs of major airlines and Boeing Chief Executive Dave Calhoun held a lengthy call with Buttigieg and Dickson on Sunday to warn of the looming crisis, officials told Reuters.

United Airlines late Monday separately warned the issue could affect more than 15,000 of its flights, 1.25 million passengers and snarl tons of cargo annually.

The airlines ask “that 5G be implemented everywhere in the country except within the approximate 2 miles (3.2 km) of airport runways” at some key airports.

The airlines added that flight restrictions will not be limited to poor weather operations.

“Multiple modern safety systems on aircraft will be deemed unusable causing a much larger problem than what we knew… Airplane manufacturers have informed us that there are huge swaths of the operating fleet that may need to be indefinitely grounded.”

One area of concern is whether some or all Boeing 777s will be unable to land at some key U.S. airports after 5G service starts, as well as some Boeing cargo planes, airline officials told Reuters.

The airlines urged action to ensure “5G is deployed except when towers are too close to airport runways until the FAA can determine how that can be safely accomplished without catastrophic disruption.”

The FAA said on Sunday it had cleared an estimated 45% of the U.S. commercial airplane fleet to perform low-visibility landings at many airports where 5G C-band will be deployed and they expect to issue more approvals before Wednesday. The airlines noted on Monday that the list did not include many large airports.