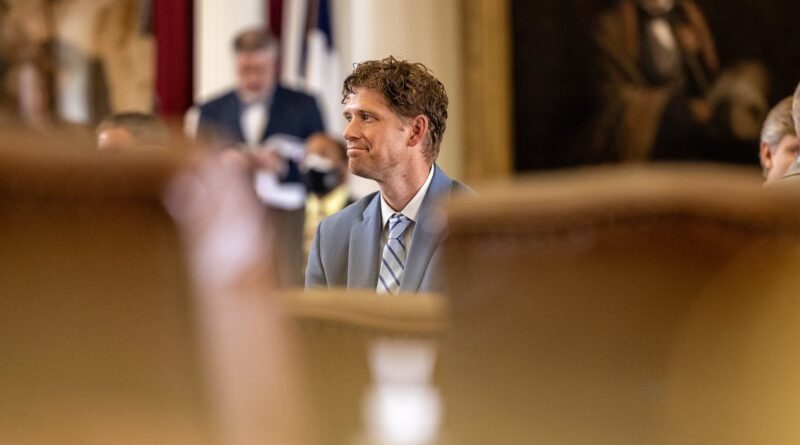 State Rep. Matt Krause, R-Fort Worth, is ending his campaign for attorney general and running for Tarrant County district attorney instead.

Krause told The Texas Tribune that he began seriously considering a district attorney campaign after the incumbent, Sharon Wilson, “unexpectedly” announced her retirement earlier this month. He said he “started getting tons of calls” to run to replace her and there were “family considerations as well” given that the job is based in Fort Worth where he lives.

WFAA first reported Krause’s decision late Monday night, shortly after U.S. Rep. Louie Gohmert, R-Tyler, announced he was joining the already crowded primary for attorney general, challenging GOP incumbent Ken Paxton. Krause said he intends to support Gohmert in his campaign, saying Gohmert is “running in the same exact lane that I was, and I think it makes a lot of sense to try to help him out.”

With Krause out of the race, Paxton’s remaining primary challengers are Gohmert, Land Commissioner George P. Bush and Eva Guzman, a former justice on the Supreme Court of Texas. Paxton, Bush and Guzman have all already filed for the seat — the deadline is Dec. 13 — leaving little doubt about their commitment to the race. Gohmert plans to file soon.

Krause’s campaign was not particularly active following its launch on Sept. 16. He raised $435,000 through Oct. 19, though most of it came from a House colleague, state Rep. Mayes Middleton of Wallisville.

Recently, Krause has captured headlines for launching an investigation into books in Texas public schools in his role as a House committee chair.

The current Tarrant County district attorney, Wilson, is a Republican who announced about two weeks ago that she would not run for reelection. Multiple Republicans besides Krause are already running for the office.