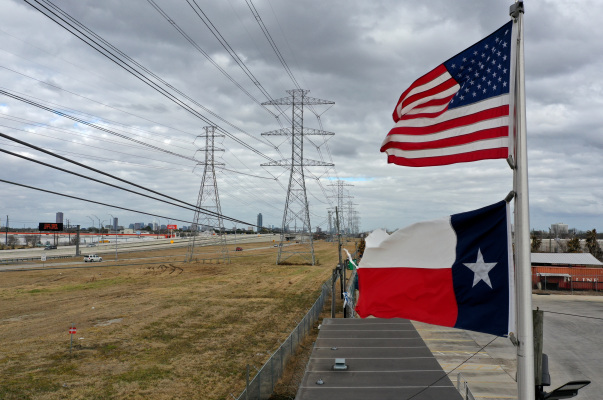 
In the face of rising homelessness, increasing crime and inadequate public transit in San Francisco, many tech influencers are pulling up stakes to geographies that offer a seemingly more welcome climate to conduct business and make investments. But the ongoing disaster in Texas makes one cold truth very clear: No place is safe from America’s failure to invest in infrastructure or take climate change seriously.

The shock of seeing the cradle of America’s energy industry crippled by its inability to prepare its own power grid for the “once in a century storms” that increasingly look to be coming every 10 years (a phenomenon that Texas Tech climate scientist Katherine Hayhoe calls “global weirding”) underscores a point that should have been plain years ago: By refusing to invest in adequate public infrastructure, the country’s leadership has failed to perform the basic duty of protecting the health and safety of its citizens.

And the shocks that result from these investment failures will affect anyone without the means or desire to leave the country entirely.

This failure reaches from the woefully inept response to the COVID-19 pandemic, which is on track to kill half a million people in the U.S., to the millions across the country who faced a week without adequate heat, water and sometimes even food or shelter from the bitter cold bearing down on the nation.

The catastrophe also crystallizes the inanity of many of the issues currently consuming the technology community that holds itself in such high esteem as a pillar of rational discourse and as the architects of America’s future.

The problem is that they’re moving without confronting the substantive issues that make these regions unlivable for large portions of the population. And that’s caused by a historic failure to engage in any politics that isn’t directly tied to the bottom line of the corporations these entrepreneurs have created or their investors have financed.

As Michael Solana, a vice president at Founders Fund, noted in a great piece on his Pirate Wires Substack:

The truth is, had tech workers actually assumed a significant measure of political influence, and led in local politics, San Francisco would today be one of the greatest cities in the world. But not only was such political influence not achieved, it was never attempted. Throughout the most recent technology boom of the last fifteen years, there has been almost no meaningful engagement in local politics from the industry.

Not that the deregulatory streak prized by many in the tech community would have solved Texas’s problem or Florida’s (California is a different kind of disaster).

In Texas, lack of regulations around construction and the state’s independent energy grid have made it more vulnerable to catastrophic climactic events — whether that’s 2017’s Hurricane Harvey or this year’s deadly winter storms, which killed Texans in their homes, vehicles and backyards.

California can claim that its grid failed by fewer megawatts than Texas’s — but the overall result from the natural disasters, blackouts, billions of dollars lost and scores of deaths are much the same.

Surveying this broken world, many in the tech community have decided that the best result is to try the same thing somewhere else. But they’re going to face many of the same problems in Florida or Texas.

The difference those states offer is lower taxes for the wealthy, which means more of an ability to pay privately for the services to ensure that the burdens of climate change don’t fall on these billionaires in their new waterfront homes.

The through-line in all of this is a cynicism and abdication of responsibility papered over by the thinnest lips paying the smallest amount of service to solving climate problems.

One step forward, eleventy-seven back

Don’t think that I’m merely being cynical about what some tech companies are doing when confronted with the rising catastrophe of climate change and decrepit American infrastructure.

Why else would Elon Musk commit $100 million to a carbon capture prize while his publicly traded energy company invests $1.5 billion in bitcoin? Some analysts estimate that the deal and the resulting skyrocketing price of the cryptocurrency will erase all of the gains in emissions offsets from the use of every Tesla ever made.

“The immediate impact of Tesla’s buy is that the Bitcoin price went up by more than $5,000. We can estimate this will lead to the network consuming an additional 34 TWh of electrical energy per year. That’s about the size of a country like Denmark’s total annual electrical energy requirement. We can also estimate this will result in an additional 17 million metric tons of CO2 being put out by the network every year,” wrote Alex de Vries, the founder of the cryptocurrency analysis site, Digiconomist. “According to Tesla, the amount of CO2 saved by Tesla vehicles adds up to 3.7 million tons. The amount of additional CO2 produced by the Bitcoin network, as a result of Tesla’s buy, would thus amount to more than four times the amount of CO2 saved by all their vehicles to date.”

Some argue that bitcoin mining uses a disproportional amount of renewable energy to produce the cryptocurrency, but that argument is complicated by the seasonal sources of some renewables that miners (especially Chinese miners who produce the bulk of bitcoin) rely on for power.

Tesla could potentially make more money from that investment than it has from the sale of cars, and has definitely boosted the emissions-spewing mining processes that make Bitcoin’s digital printers go brrrrr.  All of which makes the company’s commitment to combating climate change look a bit specious.

The most frustrating thing about all of this is that entrepreneurs and investors are working on solutions to the climate crisis. Technologies exist that can help address some of the issues that confront these cities. And there’s billions to be made solving something that is very much an existential problem.

Unfortunately, unlocking those billions in a time frame that’s viable for society’s survival is going to require policy movement and the type of engagement that many tech investors would rather hand off to someone else as they move to more temperate, and tax advantaged, climates.

With the waters rising and the temperatures dropping, maybe those tax savings can buy a nice microgrid for power or a bigger boat. Given the projections that put the cost of climate change at nearly half a trillion dollars annually by the end of the century, it’d have to be a pretty big boat.