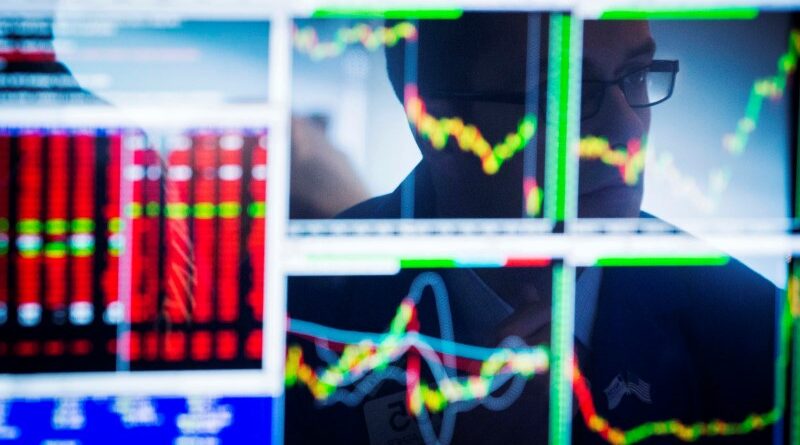 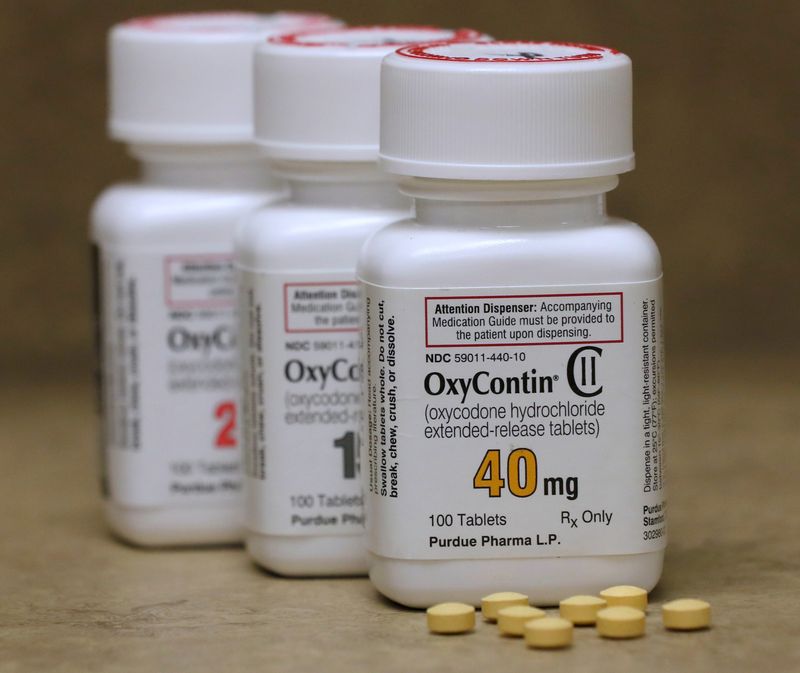 © Reuters. FILE PHOTO: Bottles of prescription painkiller OxyContin made by Purdue Pharma LP on a counter at a local pharmacy in Provo

By Maria Chutchian and Mike Spector

(Reuters) – Purdue Pharma LP filed a bankruptcy plan on Monday that would resolve thousands of opioid lawsuits by restructuring the OxyContin maker into an entity that would steer profits to plaintiffs and require the company’s Sackler family owners to contribute nearly $4.3 billion to the settlement.

The plan is intended to serve as Purdue’s roadmap out of bankruptcy, which it filed in September 2019 in the face of nearly 3,000 lawsuits accusing the company of fueling the national opioid crisis through deceptive marketing.

The plan, which Purdue says is worth more than $10 billion, sets up trusts that would indirectly control the new entity to distribute money to states, local governments and tribal organizations for opioid abatement programs.

The Sacklers’ contributions would be paid out over nine years.

“With drug overdoses still at record levels, it is past time to put Purdue’s assets to work addressing the crisis,” Purdue board Chairman Steve Miller said in a statement. “We are confident this plan achieves that critical goal.”

The plan also establishes trusts to pay out to private entities and individuals that have brought opioid-related lawsuits against Purdue, such as hospitals, insurance carriers and legal guardians of children born with addiction-related issues.

The various trusts would be funded with an initial cash infusion of $500 million immediately after the company emerges from bankruptcy and another $1 billion generated from the new entity’s assets and operations through 2024. The trusts would also receive funding from the Sacklers’ contribution. The company also expects to contribute from insurance policies.

The new entity will be overseen by a board comprising independent managers selected by states and local governments in consultation with Purdue and its unsecured creditors’ committee. The Sacklers will not be part of that selection process.

Purdue said the new entity will not promote opioid products to healthcare providers.

Additionally, the plan would create a publicly available repository for documents related to the government’s investigation into alleged misconduct in the marketing of opioids, which would become available once the plan is approved in bankruptcy court.

Purdue initially had support from about half of the U.S. states and other governmental entities for its proposed settlement. Many other states have opposed Purdue’s plan, taking issue with the public trust arrangement and the size of the initial $3 billion contribution from the Sacklers, which they said should be larger.

“The Sacklers became billionaires by causing a national tragedy. Now they’re trying to get away with it,” Massachusetts Attorney General Maura Healey said in a statement. “We’re going to keep fighting for the accountability that families all across this country deserve.”

The Sacklers have also agreed to pay $225 million to settle a civil investigation from the U.S. Department of Justice. They have not been criminally charged.

“Today marks an important step toward providing help to those who suffer from addiction, and we hope this proposed resolution will signal the beginning of a far-reaching effort to deliver assistance where it is needed,” members of the Sackler family said in a statement.

Purdue itself struck a deal with the Justice Department to pay $225 million toward a $2 billion criminal forfeiture. The Justice Department agreed to forgo the rest if the company developed a reorganization plant that would establish a public benefit company or similar entity that would dedicate the remaining $1.775 billion to U.S. communities battling the opioid crisis.

The opioid abuse and addiction crisis has claimed nearly 450,000 lives in the United States between 1999 and 2018, according to the U.S. Centers for Disease Control and Prevention.