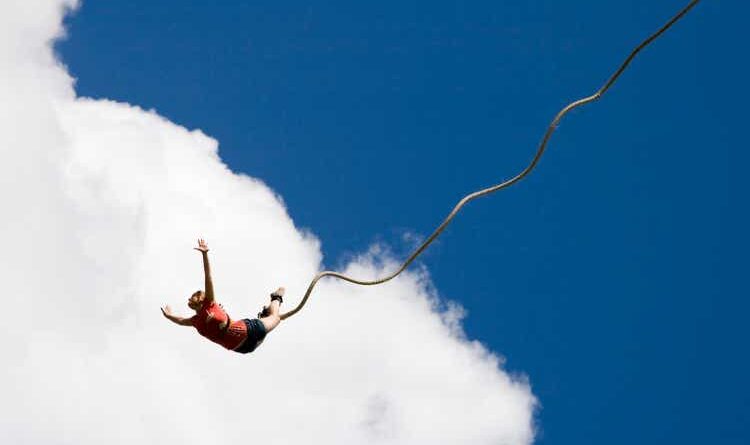 
Hopes of bulls are rising that the stock market could be seeing capitulation after Wall Street saw the third-best start to Q4 since 1930.

Wall Street is more than six months into a bear market that has taken stocks down about 25%, raising the question of whether this is an inflection point.

Rock bottom: Investors have reached what could be considered peak pessimism on equities as other asset classes attract cash. The Goldman Sachs Sentiment Indicator came in negative for a near-record 31st-straight week, with strategist saying that points to the end of the There Is No Alternative, or TINA, trade. (See last week’s Wall Street Breakfast.) But extremely bad sentiment is seen as a contrarian bullish indicator.

The latest AAI Sentiment Survey showed bears, or those seeing stocks lower in six months, topping 60% for the second week in a row. “This poll has been around since 1987 and this is the first time it has ever happened,” Carson Group’s Ryan Detrick tweeted. “Not during the crash of ’87, tech bubble, financial crisis, or 100 year pandemic. Contrarian?”

BofA’s Bull & Bear Indicators remains at a max bearish nadir at 0.0 on deteriorating bond flows and credit technicals. But strategist Michael Hartnett warns that the contrarian buy signal for this indicator doesn’t work when a two-standard-deviation credit event is brewing as in 2008. 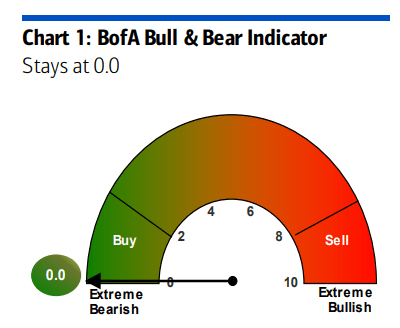 Don’t bet on a Fed flinch

“There were multiple factors driving (Monday’s) rally, but the main one was growing speculation that central banks could soon pivot towards a more dovish stance, particularly after the market turmoil over the last couple of weeks,” Deutsche Bank’s Jim Reid wrote. Morgan Stanley’s Mike Wilson says that the Fed would have to make follow the Bank of England’s lead by ending QT and restarting QE for stocks to “rebound sustainably.”

“Markets are smelling blood in the water, but do they have enough evidence to price a policy turnaround? Not yet in our view,” ING said. “The BoE’s reluctance to buy gilts is a sign that it hasn’t given up the fight against inflation.” The BoE bought just 22M pounds in gilts Monday and rejected nearly 2B pounds in offers.

Later yesterday, “New York Fed President Williams noted it may take years to get inflation back to target given the current supply and demand imbalance in the economy, and that the Fed still had ‘a way to go’, invoking the 4.6% fed funds dot for the end of 2023, specifically,” Reid said. “Not exactly ‘pivot’ language from the core of the FOMC.”

“The next few days might deliver additional information on how fast economies are slowing down or – more realistically – how widespread financial stress is,” ING added. “But, for the moment, we fear the bond rally is running short of tangible evidence of a change in monetary policy.”

Any Fed tilt would hinge on a shift in labor market dynamics and September payrolls arrive on Friday. (Take the WSB Weekend Bite Twitter poll on how you see job growth.)

Smoodi wants to see its smoothies in the hands of, well, everyone, and a new infusion of capital and distribution

Who Motivates a Motivational Speaker?

Action Plan For The Nairobi Slums