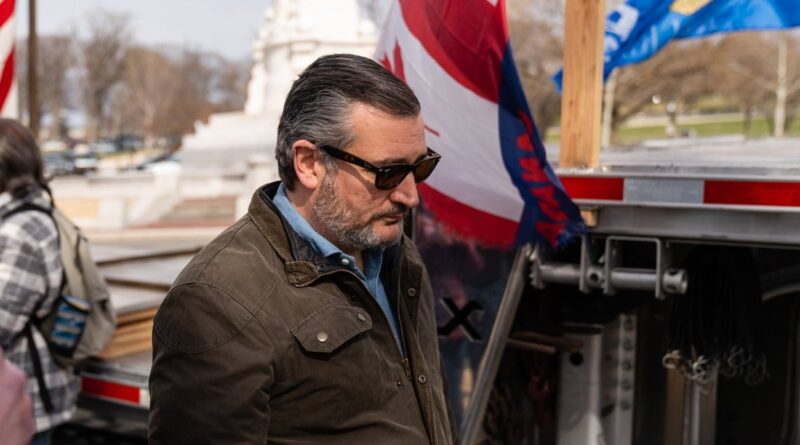 A group of lawyers want the State Bar of Texas to investigate Republican U.S. Sen. Ted Cruz for his “leading” role in attempting to overturn the 2020 presidential election results.

Lawyers with the 65 Project, an organization aiming to hold attorneys accountable for trying to keep former President Donald Trump in power despite his reelection loss, filed an ethics complaint with the association Wednesday. It cites Cruz’s role in a lawsuit seeking to void absentee ballots, numerous claims he made about voter fraud, plus an attempt to stop four states from using 2020 election results to appoint electors — all of which failed.

“Mr. Cruz knew that the allegations he was echoing had already been reviewed and rejected by courts. And he knew that claims of voter fraud or the election being stolen were false,” the complaint says.

Trump has falsely insisted he won the 2020 election — even after multiple failed legal attempts to challenge the election results and his own attorney general’s assurance that the election was accurate and secure. Republicans in Texas and throughout the country have echoed Trump’s baseless claims and some have played roles in attempting to prevent or delay President Joe Biden from being officially certified as the winner.

Cruz represented Pennsylvania Republicans in their efforts to cast out nearly all 2020 absentee ballots in their state, which the Pennsylvania Supreme Court rejected. Cruz accused the state court of being “a partisan, Democratic court that has issued multiple decisions that were just on their face contrary to law.”

The complaint wants to see Cruz disciplined. It does not say how, though it mentions a New York appellate court’s suspension of Rudy Giuliani’s law license. Guiliani was one of Trump’s lawyers who also repeated false voter fraud claims.

Cruz also agreed to represent Trump in a Texas lawsuit aiming to bar Pennsylvania, Georgia, Michigan and Wisconsin from using its election results. The complaint argues Cruz pushed forward with a frivolous claim, which the U.S. Supreme Court quickly denied.

“The 65 Project is a far-left dark money smear machine run by a who’s who of shameless Democrat hacks,” a Cruz spokesperson said in an email. “They’re not a credible organization and their complaint won’t be worth the paper it’s printed on.”

The complaint against Cruz comes just weeks after the State Bar of Texas moved to sue Texas Attorney General Ken Paxton for professional misconduct in his lawsuit challenging the 2020 presidential election, which included his decision to file the federal lawsuit hoping to overturn election results in battleground states where Trump lost.

Disclosure: State Bar of Texas has been a financial supporter of The Texas Tribune, a nonprofit, nonpartisan news organization that is funded in part by donations from members, foundations and corporate sponsors. Financial supporters play no role in the Tribune’s journalism. Find a complete list of them here.

Tickets are on sale now for the 2022 Texas Tribune Festival, happening in downtown Austin on Sept. 22-24. Get your TribFest tickets by May 31 and save big!