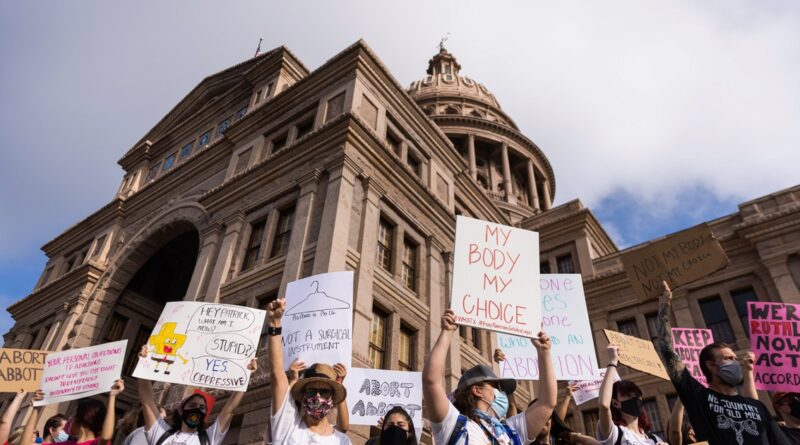 The 5th U.S. Circuit Court of Appeals on Monday sent the legal challenge to Texas’ restrictive abortion law to the state’s Supreme Court, a move that is expected to significantly delay the case and that abortion opponents had hoped would occur.

“This decision now keeps the case in limbo — and abortion after 6 weeks in the nation’s second-largest state — a dead-letter, indefinitely,” wrote Steve Vladeck, a University of Texas School of Law professor, on Twitter.

The U.S. Supreme Court has largely declined to intervene in the Texas case three times, most recently in December when justices kept the ban in effect while allowing a legal challenge to move through a lower state court.

The law remains in effect while the challenge proceeds.

The unique central feature of the ban, which allows private individuals to sue abortion providers and anyone who aids an abortion after about six weeks of gestation, has made it difficult to challenge the law in court. State officials are not in charge of enforcing it, and challenges to the law have struggled to name defendants in their efforts to stop it.

Many people are unaware at six weeks that they are pregnant and the law has become one of the most restrictive abortion measures in the country.

A divided Supreme Court found that most challenges against the Texas law should be dismissed, except for one filed against medical licensing officials. That case was sent that to the 5th Circuit, one of the most conservative appellate courts in the country, rather than a federal district court as abortion providers and supporters had hoped.

The three-judge federal panel, based in New Orleans, wrote in their 2-1 decision Monday that the Texas Supreme Court must certify the case and decide whether the U.S. Supreme Court was correct in allowing a challenge to proceed against the licensing officials. Circuit Judges Edith H. Jones and Stuart Kyle Duncan, both appointed by Republicans, said the state’s highest court should determine whether the Texas attorney general, the Texas Medical Board and other licensing officials can enforce the law if it is violated.

“This further, second-guessing redundancy, without time limit, deepens my concern that justice delayed is justice denied, here impeding relief ordered by the Supreme Court,” he wrote in his dissent.

State supreme courts do not have to take up cases that are sent to them by federal courts, but it’s likely Texas will this time. Lawyers said it’s unusual to ask the Texas Supreme Court to make this decision after the U.S. Supreme Court has already weighed in.

Until a decision is made, Texas abortion providers have mostly stopped performing the procedure, even though Supreme Court decisions, including in the landmark 1973 ruling in Roe v. Wade, establish a constitutional right to abortion.

Lawyers for abortion providers have said that getting the case sent to a federal district court is the best hope to have it struck down — and that sending it to the state’s Supreme Court instead could delay any decision by months.

Abortion opponents said such an extensive delay is exactly what they wanted.

“While all of these complicated legal questions are untangled, we already every day have our victory,”John Seago, legislative director for Texas Right to Life, previously told the Texas Tribune. “Courts have allowed this law to stay in effect.”

The U.S. Supreme Court is expected to decide by June whether a Mississippi law that bans abortions at 15 weeks of pregnancy is constitutional.