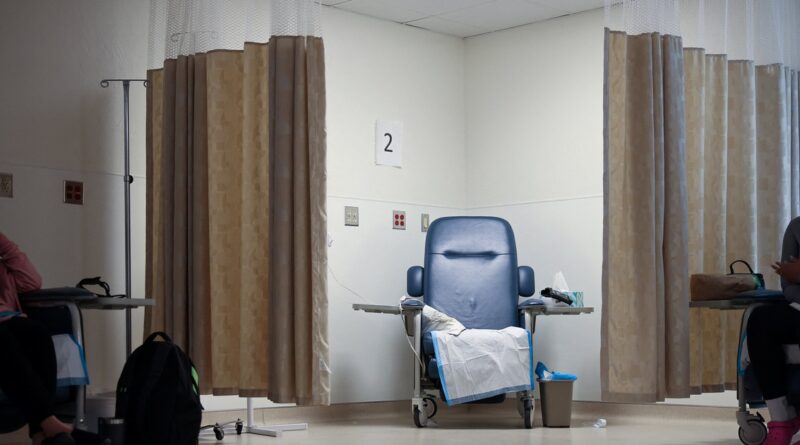 Abortion is still legal in Texas, up to about six weeks of pregnancy. But a draft decision in a landmark abortion rights case before the U.S. Supreme Court suggests that could soon change.

The state already has the most restrictive abortion law in the country, prohibiting the procedure at a point at which many people don’t even know they are pregnant and placing enforcement of the law in the hands of regular Texans. But it also has several laws on the books that would completely ban abortion — as soon as the Supreme Court lets it.

The high court is deliberating on a Mississippi case that could overturn Roe v. Wade, the nearly 50-year-old ruling that guarantees a constitutional right to an abortion. A leaked draft decision in the case, which Politico published late Monday, suggests an interest from the court in doing just that. The decision laid out in the draft would leave it up to individual state Legislatures or Congress to decide whether abortions should remain legal.

Supreme Court Chief Justice John Roberts confirmed Tuesday that the draft decision obtained by Politico was real but warned a final decision, expected in the next few months, could look different.

For now, the draft decision does not impact Texas’ laws on abortion and reproductive health care. Here’s a breakdown of Texas’ abortion and contraception laws on the books.

Last year, the Legislature passed Senate Bill 8, a ban on most abortions after about six weeks of pregnancy.

The law outlaws abortions after an ultrasound detects cardiac activity in an embryo, which conservative lawmakers have termed a “heartbeat.” Medical and legal experts say that term is misleading because embryos don’t possess a heart at that developmental stage. The law makes exceptions only for medical emergencies.

The Supreme Court has previously blocked states from enforcing laws that ban abortions before the point at which a fetus would be viable outside the womb, usually around 22 to 24 weeks. But Texas’ law has survived several legal challenges so far, thanks to its unique private enforcement mechanism.

The law empowers private citizens to sue anyone who “aids or abets” in a prohibited abortion. If a private citizen wins a lawsuit, they are entitled to $10,000 and the costs of attorney fees from those who were sued.

The law specifically exempts the person who received the abortion from lawsuits, but it has led abortion providers to stop conducting the procedure after cardiac activity is detected.

There are several ongoing legal challenges to the law, including one stemming from an illegal abortion provided by Dr. Alan Braid, a San Antonio OB-GYN. In an op-ed in The Washington Post, Braid admitted to violating the law to ensure that “Texas didn’t get away with its bid to prevent this blatantly unconstitutional law from being tested.”

Braid was promptly sued by three people. He countersued, arguing that the law is unconstitutional under Roe v. Wade and the courts should block it from being enforced.

If Roe v. Wade is overturned, Braid — and anyone who provides or helps someone obtain a prohibited abortion — loses the Constitutional high ground to argue for overturning the state’s abortion ban.

Recent legal challenges have focused on how the new law violates other constitutional rights, like the right to due process and the right to free speech, among others. With Roe v. Wade on the line, that was an intentional move from the lawyers.

“You need a strategy that wins, and if the current Supreme Court thinks that substantive … rights are going to be whittled away, then we have to take that into account,” said Jenny Ecklund, a lawyer representing abortion funds.

Texas also requires a doctor to dispense the pills in person and makes it a crime to mail the pills.

But after the ban on abortions after about six weeks of pregnancy went into effect, one international nonprofit that provides the medication through the mail saw a surge in demand from Texas-based patients.

The two pills required for the procedure are different from over-the-counter emergency contraceptives like Plan B.

Texas’ “trigger law” would go into effect if Roe v. Wade is overturned

In 2021, the Republican-controlled Legislature passed a “trigger law” that would ban abortions if Roe v. Wade is overturned. The ban on almost all abortions would go into effect 30 days after such a decision.

The law makes an exception only to save the life of the pregnant person or if the person risks “substantial impairment of major bodily function.”

Unlike the ban on abortions after about six weeks of pregnancy, which is civilly enforced, the trigger law comes with traditional criminal penalties.

Doctors could face life in prison and fines of up to $100,000 if they violated the law. The law exempts the pregnant person from being criminally charged.

Will a pre-Roe v. Wade law go back into effect?

Before 1973, it was a crime in Texas to perform an abortion or “furnish the means for procuring an abortion” except to save the life of the pregnant person, punishable by two to five years in prison. These statutes were the ones lawyers challenged in the case that would go on to become Roe v. Wade.

The U.S. Constitution does not discuss abortion, but the Supreme Court justices built upon past decisions that established a “right to privacy” under the 14th Amendment and protected individuals from state laws against the use of contraception and marriages between people of different races.

In 1973, the Supreme Court declared Texas’ abortion statutes unconstitutional, preventing officials in the state from enforcing them and establishing protections for abortions.

But the Legislature never repealed the laws, so they’ve remained on the books for nearly 50 years without being enforced.

“When a court declares a statute unconstitutional, it does not automatically delete the law from the books,” he said. “If the law remains on the books and is not removed by the Legislature, then when the right is overturned, the statute can be enforced again.”

Josh Blackman, a law professor at the South Texas College of Law Houston, said this means it’s possible Texas’ ban on abortions could go into effect immediately, rather than having to wait the 30 days laid out in the trigger law.

But Elizabeth Myers, a lawyer representing a group of abortion funds, said Roe v. Wade made these laws “null and void,” and she expects a legal challenge if someone tries to enforce them.

“A court will very quickly determine the answer … and then there will be clarity about whether those old statutes are, in fact, effective,” she said. “But the fact that the Legislature says something about the effect of a law doesn’t mean anything. It’s the judicial branch that decides.”

The broad ban on abortions could criminalize doctors and other individuals for providing abortions at any stage of pregnancy and could, perhaps, extend to people seeking abortions.

“Even in the 1970s, I think it was fairly rare for the government to go after a woman who was seeking an abortion,” Blackman said. “The general consensus in the pro-life community is you don’t prosecute the woman; you prosecute the doctor. But the statute says ‘procure,’ so I suppose that could apply for the women as well.”

In March, state Rep. Briscoe Cain, R-Deer Park, sent cease-and-desist letters to nonprofits that help patients pay for abortions, claiming that they are in violation of the pre-Roe statutes.

“You … appear unaware that your organization is committing criminal acts that are exposing everyone involved in your organization — including your employees, volunteers, and donors — to criminal prosecution and imprisonment,” Cain wrote in the letter.

Carpenter said people conducting or assisting in abortions could be criminally charged only for actions they take after Roe v. Wade is overturned.

“It had to have been a crime at the time you committed the act,” he said.

If Roe v. Wade is overturned, Myers said abortion funds would continue to do what they’ve done under Texas’s current law.

“They will comply with their understanding of the law and continue to help people get access to care outside of Texas,” she said. “Texas cannot reach actions that occur in other states where it’s legal.”

Abortion access advocates say widespread bans on abortions don’t prevent people from seeking abortions, but they increase the number of individuals who resort to illegal and unsafe abortions.

Researchers from the Centers for Disease Control and Prevention reported a decrease in the number of illegal abortions and related deaths in the years surrounding the Roe v. Wade ruling, according to the Guttmacher Institute, an abortion advocacy research group.

The CDC researchers estimated the number of illegal abortions fell from around 130,000 to 17,000 between 1972 and 1974, and related deaths fell from 39 to five during that time period.

Texas’ murder statute exempts the “mother of [an] unborn child”

Last month, a 26-year-old woman in Starr County was charged with murder for a “self-induced abortion,” according to the indictment. The charges were dropped after days of public outcry.

It is unclear on what grounds she was charged because abortion is specifically exempted from Texas’ criminal homicide statute.

The law says a person cannot be charged with criminal homicide in the “death of an unborn child” if that death is brought about by the “mother of the unborn child,” or a “lawful medical procedure” or “dispensation of a drug” that results in an intended termination of pregnancy.

What about birth control in Texas?

Contraceptives, including birth control pills and implants, are still legal for adults in Texas. State law requires parental consent for anyone under 18 years to get birth control, but minors can access birth control without parental approval at clinics funded under the federal Title X family planning program, said Mariappuram.

Emergency contraceptive pills like Plan B are available over the counter to anyone, regardless of age.

As the Supreme Court reconsiders Roe v. Wade, some fear other protections established by the court, including the right to access contraception, could also face challenges and reversals.

The draft decision released by Politico on Monday, written by Justice Samuel Alito, applies only to abortion, Blackman said. Most states weren’t enforcing laws banning contraception when the Supreme Court ruled on the issue, Blackman added. But other legal scholars say a reversal of Roe v. Wade could hint at the vulnerability of other “implied rights” not explicitly mentioned in the U.S. Constitution and established by court rulings.

The ruling would not immediately or directly eliminate protections for contraception and same-sex marriage set by previous Supreme Court rulings, but it would “crack the door” open for similar challenges, Carpenter said.

Texas’ laws against sodomy also remain in place without enforcement after they were ruled unconstitutional by the Supreme Court, he added.

“The court is pretty careful to say this was only affecting abortion rights,” Carpenter said, “but the way the opinion is reasoned, could eventually call other unenumerated rights into question.”

Disclosure: Politico and Southern Methodist University have been financial supporters of The Texas Tribune, a nonprofit, nonpartisan news organization that is funded in part by donations from members, foundations and corporate sponsors. Financial supporters play no role in the Tribune’s journalism. Find a complete list of them here.