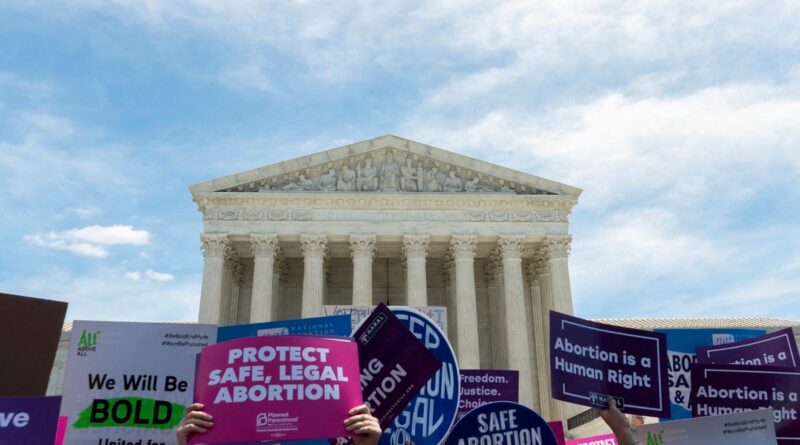 The Biden administration is asking the U.S. Supreme Court to halt Texas’ near-total abortion ban while the Justice Department’s legal challenge to the new restrictions goes through the courts.

In its request filed Monday, the Justice Department argued that allowing the law to stand would “perpetuate the ongoing irreparable injury to the thousands of Texas women who are being denied their constitutional rights,” it added. The Supreme Court previously declined to block the law from taking effect in a separate lawsuit, though it did not weigh in on Senate Bill 8’s constitutionality.

The U.S. Justice Department’s request comes after a series of federal court decisions flip-flopped on whether the law should remain in effect as its constitutionality is being challenged.

Last Thursday, a panel of federal appellate judges ordered the law would remain in place. That decision came after a U.S. district court blocked the law for just two days until the 5th U.S. Circuit Court of Appeals — perhaps the most conservative appeals court in the nation — froze the order.

Texas, the Justice Department argued in its filing, crafted an “unprecedented” structure to thwart the courts. SB 8, which bans abortions as early as six weeks into a pregnancy, before many people know they are pregnant, has made abortion “effectively unavailable” after that time period, according to the Justice Department.

“Texas has, in short, successfully nullified this Court’s decisions within its borders,” the Justice Department wrote.

The law continues to force Whole Woman’s Health, which runs four abortion clinics in Texas and half a dozen in other states, to turn away “nearly all patients,” CEO Amy Hagstrom Miller said in a statement.

“The emotional toll for our staff and providers is matched only by the anguish our patients face when they are denied abortion care,” Hagstrom Miller said. “This injustice must stop and we hope the Supreme Court will do what’s right.”

SB 8 allows anyone who “aids or abets” an abortion to be sued. Because enforcement of the law relies on private citizens, rather than state officials, it has largely been able to skirt the constitutional right to an abortion first established in 1973 through Roe v. Wade.

The bill capped decadeslong efforts to restrict abortion in Texas. In 2005, the state required parental consent for minors seeking the procedure. That same year, the state banned abortions after 24 weeks of pregnancy.

But the Supreme Court’s makeup has changed drastically since then. Conservative justices like Brett Kavanaugh and Amy Coney Barrett have replaced liberal ones, leaving experts uncertain about how the court might rule on SB 8.

© Reuters. FILE PHOTO – An investor stands in front of an electronic board showing stock information at a brokerage