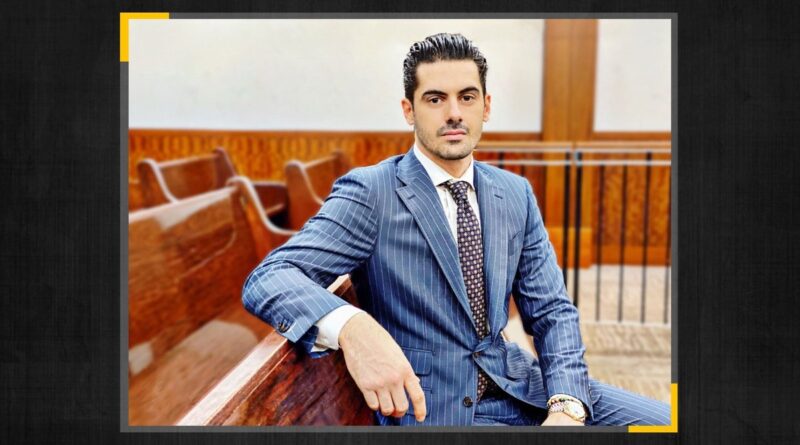 It was a baffling, perilous, perhaps unprecedented task.

Texas Attorney General Ken Paxton hired an outside lawyer last month to look into a complaint of misconduct by a host of state and federal officials, including the Texas Department of Public Safety, the Federal Bureau of Investigation and a U.S. attorney’s office. The claim had been made by a Paxton donor whose home and office were reportedly raided by federal agents last year.

Some legal experts say the investigation should never have been in the hands of the attorney general’s office at all. But if it was, longtime Texas attorneys say, it’s a job for a seasoned prosecutor, perhaps someone with years of experience as a U.S. attorney or district attorney, someone who’d already established a reputation, someone who’d taken dozens of cases all the way from investigation to sentencing.

Instead, Paxton personally signed off on a $300 hourly rate for Brandon Cammack, a 34-year-old Houston defense attorney with ties to the donor’s attorney and five years of experience whose docket, court records show, largely comprises cases involving driving while intoxicated, low-level theft or assault.

Paxton’s office abruptly ended that investigation Friday after political backlash from both parties and criminal allegations from his own top aides. But questions about Cammack’s role — and the process of his selection — persist.

“That’s the $64,000 question: How did Paxton come to hire this particular lawyer?” said Tim Johnson, a former U.S. attorney for the Southern District of Texas. “You’d expect, for something that would have the possibility for serious consequences, that you’d want to have somebody that had a great deal of experience in the criminal justice system. And it doesn’t appear that they did that.”

Equally inscrutable is the precise job Cammack was hired to perform for the attorney general’s office. Paxton has described him both as an “outside independent prosecutor” and as “independent counsel,” and one subpoena obtained by The Texas Tribune refers to Cammack as a “special prosecutor.”

But Cammack’s contract, which Paxton released this week, shows that Cammack was never independent, nor was he a prosecutor. Cammack can investigate “only as directed by the [Office of the Attorney General],” and his contract specifies that he will not be involved in any indictment or prosecution born out of his investigation. He’s submitted an invoice for more than $14,000 of work, according to media reports.

Cammack did not return requests for comment for this story.

Top aides to the attorney general have been pushed to mutiny by the circumstances around Paxton’s selection of Cammack. They allege Paxton circumvented the usual practices for hiring outside counsel — and that he should not have looked externally after agency staff vetted the complaint and found it to lack “any good-faith factual basis,” according to an email from senior aides obtained by The Texas Tribune. And at least some of Cammack’s subpoenas were “related to private business concerns of Nate Paul, aides said in an email to Paxton this week.

The aides allege Paxton is using the substantial resources of the 4,000-employee state agency to serve the financial interests of Nate Paul, an Austin real estate investor who donated $25,000 to Paxton in 2018. The aides alerted authorities to potential criminal violations they say include bribery and abuse of office.

Paul, known best for his real estate holdings and a recent spate of bankruptcies, has a few other curious links to Paxton, including a case in which the attorney general’s office came to Paul’s defense.

A top aide to Paxton told Cammack last week that he believed Cammack’s contract was “unlawful, invalid, unenforceable, against public policy, and may have been executed by the Attorney General under duress,” according to a letter obtained by The Dallas Morning News.

“I can understand why his deputies have taken the action they have,” said Shane Phelps, who worked in the attorney general’s office under Dan Morales and was deputy attorney general for criminal justice to his successor, John Cornyn. “I would have done the same.”

Paxton has claimed his office was merely investigating a complaint referred by the Travis County district attorney’s office. But District Attorney Margaret Moore said her office sent it over only after Paxton sought a meeting with the office about it — and brought along the donor and his attorney, Michael Wynne. She’s since questioned the “integrity” of Paxton’s investigation.

Cammack’s ties to Wynne, a Houston attorney for Paul, raise further questions about his selection.

They are both involved with the Houston Bar Association’s criminal law and procedure section, where Wynne is chair and Cammack is chair-elect.

The two are also friends on Facebook, where Wynne posted a photo in late February of the two in a group wearing matching vests and cowboy hats. It’s captioned, in part, “The Downtown Rotary Club riders before the parade this morning.”

Wynne was present when at least one of Cammack’s subpoenas was served, to a bank office in Central Texas, according to a senior official at the attorney general’s office, and as the Houston Chronicle first reported.

Cammack told the attorney general’s office that he had no conflicts of interest on the case in a Sept. 4 email. Wynne did not return requests for comment.

Cammack, who went to law school at the University of Houston and was licensed in Texas in November 2015, told The Dallas Morning News the attorney general’s office had interviewed other candidates, including a former federal prosecutor, before he was brought on.

“I was excited to get started on it,” Cammack told the newspaper, adding that it was “an opportunity for me to do something different in my career.”

Cammack’s firm has a YouTube channel where he answers questions like “How long will my criminal case take in court?” and “What to expect at my first court date.”

Legal experts and lawyers who’ve worked with Cammack, including his estranged father, questioned whether he has the experience needed to take on such a high-profile assignment.

As recently as 2018, a judge appointed a more senior attorney to assist Cammack when he was working as a defense attorney on a felony manslaughter case.

Mark Hochglaube, the longtime prosecutor and defense attorney who was brought in, said it wasn’t clear whether the judge or Cammack himself considered the young lawyer too inexperienced to handle the case alone — but that both were on board with getting Cammack some help.

Their client, who was found guilty of manslaughter, was sentenced to 50 years.

He praised Cammack’s effort on the case but questioned his selection for the high-profile appointment.

“If I were the attorney general, and I was in this predicament, would the name Brandon Cammack be the first name that popped into my mind? No, it wouldn’t,” Hochglaube said.

Young attorneys can often punch above their weight and rise quickly through the ranks, Hochglaube said, but he added, “I have a hard time saying, based on my experience with Brandon, that I would’ve thought this was suitable for him.”

Before the news about his ties to the latest Paxton scandal, some Houston attorneys said, Cammack’s biggest claim to fame was a tortured relationship — detailed in a court battle — with his father and former employer, Sam Cammack.

The two cut ties in 2018, after Brandon Cammack left his father’s firm. He sued his father in August 2018, alleging his father had “constantly berated and belittled” him, as well as assaulted him at the Harris County Criminal Justice Center, but withdrew the case less than two weeks later.

Sam Cammack, who said he shoved his son but did not strike him, claimed his son had poached clients and money from his law firm.

He told The Texas Tribune his son has “no experience” that would prepare him for the outside counsel role.

“Somebody probably had to tell him how to get a subpoena served,” Sam Cammack said. “That’s how inexperienced this boy is.”

Beyond questions about Brandon Cammack’s qualifications, the scope of his role is murky, too.

Why, some legal experts wondered, would a state attorney general be investigating claims against federal authorities at all? Some called the situation unprecedented.

“I guess every politician is limited only by his imagination,” said longtime Houston defense attorney Rusty Hardin, “but that’s a pretty unique event.”

Edward Loya, a Dallas attorney and former federal prosecutor for the U.S. Department of Justice, said FBI agents are not above the law, and, in principle, there is nothing wrong with the state attorney general looking into FBI misconduct for violations of Texas law.

But he added that it is unusual — and raises serious ethical questions — for a state attorney general to take on an investigation of FBI misconduct in a case involving alleged criminal activity of one of the attorney general’s donors. The prudent course, he said, would have been to refer the matter to the U.S. Department of Justice’s Office of the Inspector General, an independent division within DOJ that probes such claims made against DOJ employees.

“I can’t imagine that’s ever happened before,” said Johnson, the former U.S. attorney, adding that if he had been asked to fill Cammack’s role, “I would’ve stayed as far away as I could.”

“Anybody with half a brain would’ve gotten as far away from this as they possibly could,” Johnson said. But Cammack “may not have had enough experience to realize this is something he really shouldn’t want to get involved with.”

Lawyers interviewed by The Texas Tribune said Cammack’s official role as outside counsel raises questions about whether he had the authority to issue subpoenas, a power limited to prosecutors and assistant attorneys general. His actions in the case could open him up to legal liability if he usurped his authority, and Phelps, the former official in the attorney general’s office, questioned whether the issuance of the subpoenas amounted to a criminal offense.

“An outside counsel is not a ‘special prosecutor’ and has no authority to issue subpoenas, appear in front of a grand jury, or prosecute a criminal case,” said Phelps, who also worked for a decade as first assistant district attorney in Brazos County, and head of a special prosecutions division under Morales.

“I wish someone would pull that Brandon Cammack aside because I think he’s being used, because of his inexperience,” Phelps said.

Disclosure: The University of Houston has been a financial supporter of The Texas Tribune, a nonprofit, nonpartisan news organization that is funded in part by donations from members, foundations and corporate sponsors. Financial supporters play no role in the Tribune’s journalism. Find a complete list of them here.