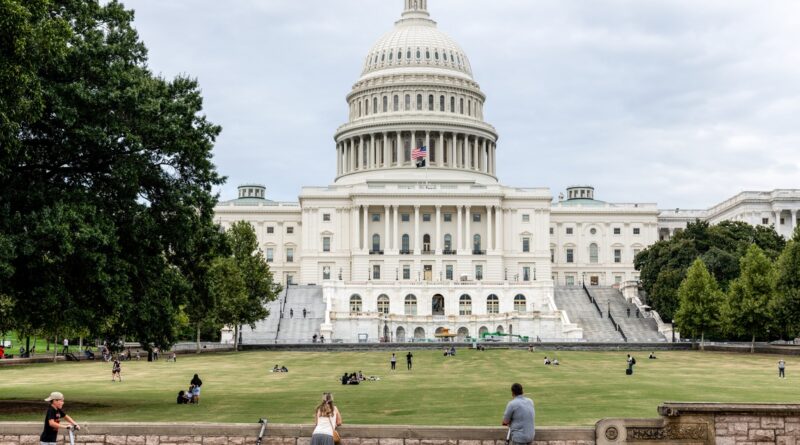 
A redraw of the state’s congressional map to include a decade of population growth could be headed to last-minute backdoor negotiations after the Texas House made a series of changes to the Senate’s proposed boundaries.

The House advanced the congressional map on a 80-61 vote late Saturday, leaving in place district configurations that largely protect incumbents while denying Hispanics control of either of the two additional seats the state earned based on the 4 million new residents it gained, according to 2020 census results. Half of the new residents were Hispanic.

But the House on Saturday tweaked the Senate-approved map so that two Black Democratic members of Congress in the Houston area would not be pitted against each other. The chamber also amended the map to restore the Hispanic-majority electorate of a Central Texas district stretching from Austin to San Antonio that the Senate plan had shrunk.

The House will need to give the map a final vote before it heads back to the Senate. The Senate can accept those changes — and a few other tweaks — or request what’s known as a conference committee, made up of members of both chambers, to hash out the differences. That deal would require an additional vote by each chamber before this third special session ends Tuesday.

The congressional map bolsters Republican control in Texas by manipulating district boundaries around communities of color, submerging diverse suburban areas into sprawling rural districts that would be controlled by white voters. Though people of color drove nearly all of Texas’ population gains in the last decade, the map gives white voters control of both of the two new congressional districts.

“This map is a bad map — it’s a map that does not reflect that the tremendous growth of our state is 95% attributable to Texans of color,” said state Rep Chris Turner, the Grand Prairie Democrat who chairs the party’s caucus in the House. “It gives the two new districts that Texas received through apportionment to Anglos. That is the fundamental defect of this map.”

Throughout the evening, Democrats warned of “blatant legal defects” that undermine the electoral strength of voters of color in choosing their representatives in Washington, D.C. At times offering vague reasoning for their opposition, the House’s Republican majority repeatedly rejected their bids to rework the map and create additional districts in which voters of color could control elections.

A failed proposal to create such a district for Hispanics in western Dallas County grew particularly contentious as state Rep. Jacey Jetton, R-Richmond, spoke against the proposal, noting it would reduce the Hispanic population in a neighboring Democratic district.

In response, state Rep. Rafael Anchía, the Dallas Democrat who had offered the proposal, questioned why Republicans would object to the new district while signing off on a configuration that instead draws some of those Hispanics into a massive rural district with almost surgical precision.

Under the plan Republicans approved, the 6th Congressional District — which stretches across seven mostly white rural counties to the south of Dallas — extends a finger northward into Dallas County to capture Hispanic neighborhoods. That engineering simultaneously boosts white voters’ control of the district while stranding Hispanic voters who in the past were concentrated enough to influence election outcomes.

“You really have to try hard to deny Latinos in North Texas the ability to select that candidate of their choice, but that’s what’s baked in this plan,” Anchía said.

The congressional map was largely devised in the Senate where lead author Sen. Joan Huffman, R-Houston, has said she drew the map “race-blind” but ran it by state lawyers to ensure it stood up to legal requirements for the redistricting process.

In first presenting the map to the House, state Rep. Todd Hunter, the Corpus Christi Republican leading the House’s redistricting work, largely stuck to reading off the Senate’s map-drawing “priorities,” including “partisan considerations,” keeping communities of interest together and complying with the federal Voting Rights Act of 1965.

But he acknowledged the map, as it came over from the Senate, reduced the number of districts in which Black and Hispanic Texans make up the majority of eligible voters.

In light of the resistance to giving voters of color more electoral control, Democrats invoked the state’s long history of diminishing the influence of people of color in its map-making, which runs through the state’s last round of redistricting in 2011. A federal court found the Legislature intentionally discriminated against Hispanic and Black voters by diluting the strength of their votes.

Throughout this year’s redistricting fight, though, Republicans leading the House’s redraw have resisted accepting the Legislature’s past missteps. When asked Saturday what steps were taken to avoid a repeat this year, Hunter said he disagreed that the Legislature was found to be at fault in the last redistricting cycle.

He pointed to a 2018 ruling by the U.S Supreme Court that cleared the state’s current maps, with just one exception. But that ruling only dealt with the Legislature’s 2013 decision to adopt the temporary maps a court ordered for the 2012 elections amid litigation over the maps the Legislature drew in 2011, which never went into effect.

This year marks the first round of political redistricting in Texas since the Supreme Court struck down a federal safeguard meant to protect voters of color from discrimination. Until that 2013 ruling, states with a racist voting history like Texas were required to obtain federal approval before enacting changes to political maps or election laws.

In light of the loss of that protection, state Rep. Toni Rose, a Dallas Democrat who serves as vice chair of the House Redistricting Committee, attempted to attach language to the redistricting legislation that would’ve required a federal court to ensure the map was not discriminatory.

“If these are fair maps, I don’t understand what’s the trepidation of having this amendment on board if this body feels that the maps are fair,” Rose said.

One of the few Democratic-proposed changes accepted Saturday was an alteration to congressional districts in the Houston region where incumbent U.S. Reps. Sheila Jackson Lee and Al Green were drawn into the same district.

Both lawmakers came to the Capitol to oppose the redrawing of their districts, which include large Black populations and some of Houston’s historically Black neighborhoods. Jackson Lee’s constituents also came out in full force, waiting several hours to testify against the change during the House’s public hearing on the map earlier this week. The House voted overwhelmingly to undo that pairing.

Like the new maps for the House and Senate, the congressional map is likely to draw the state into federal court. As it has moved through the Legislature, civil rights groups like the Texas NAACP warned lawmakers that new configurations were not reflective of the state’s population growth and would hamper Hispanic and Black voters from having their voices heard.