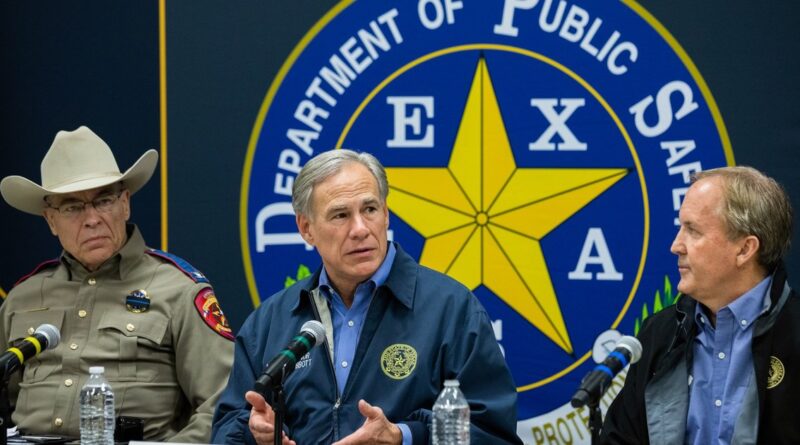 Gov. Greg Abbott on Wednesday directed the Department of Public Safety to redouble its efforts combating Mexican drug cartels, which he blamed for transporting millions of doses of the opioid fentanyl into Texas.

“Fentanyl is a clandestine killer, and Texans are falling victim to the Mexican cartels that are producing it,” Abbott said at a roundtable in Midland with DPS Director Steve McCraw and local law enforcement and political officials.

In a new executive order, Abbott directed the state police to, among other priorities, boost efforts to collect intelligence on cartels, investigate gangs in Texas that support drug and human smuggling, and seize goods the cartels are smuggling back to Mexico, including cash.

He made the announcement Wednesday.

Abbott also sent a letter to the heads of state agencies asking them to work harder on combating the “fentanyl crisis.” He asked them to prepare for the coming legislative session that starts in January, outlining budget priorities and other initiatives to decrease fentanyl deaths in Texas.

Interrupting the transport of fentanyl into the United States has been a major justification for Abbott’s Operation Lone Star border initiative. Last year, the governor announced a significant increase in fentanyl confiscations along the border, though critics contended his statistics were misleading. In one instance, Abbott credited Operation Lone Star for seizing 887 pounds of fentanyl, when less than 20% of that was confiscated in the 63 counties involved in the initiative.

Others have also criticized his focus on the border as a primary means of helping Texans who may fall victim to the synthetic opioid, which can be deadlier than the drugs it is often cut with. A state program that helps local police departments secure Narcan, a potentially lifesaving medication that can reverse the effects of opioids, had been out of money for months before being re-funded.

The governor also designated Mexican drug cartels as terrorists, though the label is largely symbolic since Texas has no terrorism-related statutes of its own. Abbott said that more Americans died from fentanyl use than are killed in terrorist attacks.

The Texas Tribune Festival is almost here! From Thursday through Saturday, Sept. 22-24, in downtown Austin, TribFest attendees will enjoy three days full of mind-expanding events, conversations and panels featuring more than 350 big names including Chris Bosh, Pete Buttigieg, Liz Cheney, Annette Gordon-Reed and many others. Join us for Texas’ biggest politics and policy event when you buy your tickets today.

Correction, Sept. 21, 2022: A previous version of this story incorrectly said a state program that helps local police departments secure Narcan is out of money. The program had previously run out of money, but has recently been re-funded.