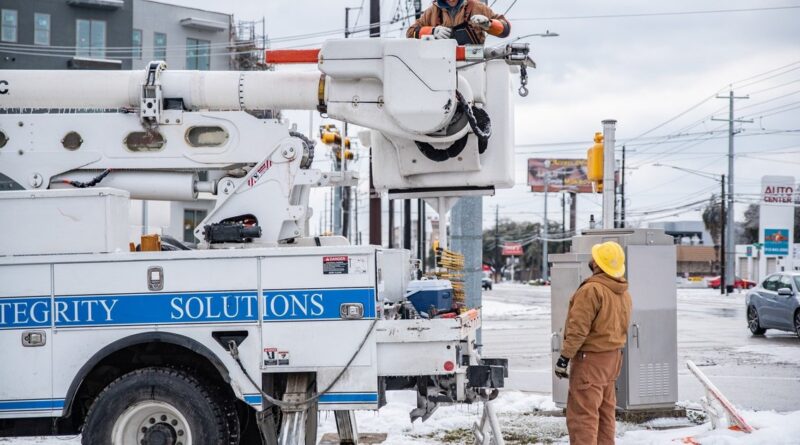 An approximately $2.5 billion plan to bail out Texas’ distressed electricity market from the financial crisis caused by Winter Storm Uri in February was approved by the Texas House Thursday.

The legislation would impose a fee — likely for the next decade or longer — on electricity companies, which would then get passed on to residential and business customers in their power bills. Lawmakers on Wednesday said they could not yet estimate how much it would impact Texans’ electricity bills.

House lawmakers sent House Bill 4492 to the Senate on Thursday after a 129-15 vote. A similar bill is advancing in the Senate.

Some of the state’s electricity providers and generators are financially underwater in the aftermath of the February power outages, which left millions without power and killed more than 100 people. Electricity companies had to buy whatever power was available at the maximum rate allowed by Texas regulations — $9,000 per megawatt hour — during the week of the storm (the average price for power in 2020 was $22 per megawatt hour). Natural gas fuel prices also spiked more than 700% during the storm.

Several companies are nearing default on their bills to the Electric Reliability Council of Texas, which manages the grid that covers most of the state and facilitates financial transactions in it.

“This is a financial crisis, and it’s a big one,” James Schaefer, a senior managing director at Guggenheim Partners, an investment bank, told lawmakers at a House State Affairs Committee hearing in early April. He warned that more bankruptcies would cause higher costs to customers and hurt the state’s image in the eyes of investors.

If approved by the Senate and Gov. Greg Abbott, a newly-created Texas Electric Securitization Corp. would use the money raised from the fees for bonds to help pay the companies’ debts, including costs for ancillary services, a financial product that helps ensure power is continuously generated. The aid would only be allowed for the debt that would otherwise be defaulted.

Paddie told his colleagues Wednesday that he could not yet estimate how long the new fee would be imposed, but during committee hearings lawmakers estimated it’s likely to be at least a decade. Several other bills to spread out the costs of the winter storm are also moving through the Legislature.

ERCOT’s independent market monitor recommended in March that energy sold during that period be repriced at a lower rate, which would have allowed ERCOT to claw back about $4.2 billion in payments to power generators, but the Public Utility Commission declined to do so.

Instead, lawmakers are pushing for bailouts that several energy experts have said is needed, both to ensure distressed companies don’t pass enormous costs on to their customers and to prevent electricity investors and companies from leaving the state if it’s viewed as too risky to continue doing business.

Becky Klein, an energy consultant in Austin and former chair of the Public Utility Commission who played a key role in de-regulating Texas’ electricity market two decades ago, said during a retail electricity panel hosted by Integrate that legislation is necessary to provide “some kind of backstop during a crazy market crisis like this to show the financial market that we’re willing to provide some relief.”

Still, some lawmakers are concerned with how they will win public support for bills to bail out the state’s electricity market.

“I have to go back to Laredo and say, ‘I know you didn’t have electricity for several days, but now I’m going to make you pay a little more for the next 20 years,’” state Rep. Richard Peña Raymond, D-Laredo, said during an early April discussion on the plan in the House State Affairs Committee. He said he voted for the bill because it’s in the best interest of the state.

Paddie, during the same committee hearing, acknowledged that “none of us want to increase fees or taxes.” However, he said, “We have to deal with the reality set before us.”

Mitchell Ferman contributed to this story.