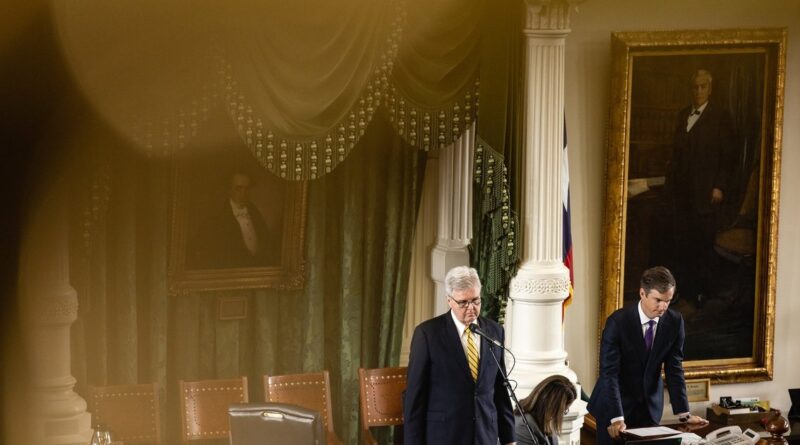 Lt. Gov. Dan Patrick pushed Wednesday for a fourth special session on two elections-related issues that did not get passed in the third special session that ended earlier this week.

In a tweet, Patrick said he supported Gov. Greg Abbott calling lawmakers back to Austin to increase the penalty for illegal voting and approve a “forensic audit bill.” Abbott added the penalty increase to the call for the third special session, but it quickly ran into opposition from House Speaker Dade Phelan, R-Beaumont. Abbott did not include the election audit proposal on his agenda despite pressure from former President Donald Trump.

“TX Senate just finished a strong conservative session,” Patrick said in his tweet. “But more needs to be done.”

Abbott has not directly commented on the possibility of forcing lawmakers to return again, but his spokesperson told a CBS Austin reporter on Tuesday that there was no plan four a fourth special session “at this time.” His office did not immediately respond to a request for comment on Patrick’s tweet.

Abbott placed the illegal-voting penalty increase on the third special session call in what Patrick, the Senate’s presiding officer, characterized as a remedy for a last-minute, under-the-radar change that the House made to the GOP’s priority elections bill that passed during the second special session. The bill, which Abbott signed into law last month and goes into effect in December, decreased the crime of illegal voting from a second-degree felony to a Class A misdemeanor.

But Phelan swiftly shot down any chance of the penalty increase making it to Abbott’s desk during the third special session. He said he did not want to revisit the contentious elections bill, which had prompted a weekslong Democratic quorum break.

One House conservative, Rep. Matt Schaefer of Tyler, was quick to dispute Patrick’s telling of how the penalty decrease made it into the elections legislation.

“The simple truth is that the Senate was fully aware of the penalty reduction, and agreed to the change in conference,” Schaefer tweeted, referring to the final negotiations between the chambers over the elections bill. “I do agree that we should revisit this issue and wish the House had done so in 3rd special. But let’s keep the record accurate.”

As for the election audit bill, Abbott resisted adding it to the agenda for the third special session even as Trump badgered him over it — and attacked Phelan for standing in the way of Senate-passed legislation on the topic. In his Wednesday tweet, Patrick similarly put the pressure on the House, saying the lower chamber “needs to pass an election forensic audit bill.”

Instead of seeking election audit legislation, Abbott has put his faith in an audit of the 2020 election results in four of the state’s biggest counties that he says is already underway by the secretary of state’s office. He defended that review during a political appearance Monday in the Houston suburbs.

“If you look at the audit bills that were passed out of the Senate — and did not pass out of the House — what the Texas secretary of state is charged with doing is far more aggressive,” Abbott said.

While Patrick is well known for demanding special sessions on unfinished conservative businesses, he initially appeared at peace with the third special session. As the Senate prepared to gavel out early Tuesday morning, he wished members a happy holiday season, and his office did not say Tuesday whether he wanted an additional special session.

Disclosure: The Texas secretary of state has been a financial supporter of The Texas Tribune, a nonprofit, nonpartisan news organization that is funded in part by donations from members, foundations and corporate sponsors. Financial supporters play no role in the Tribune’s journalism. Find a complete list of them here.