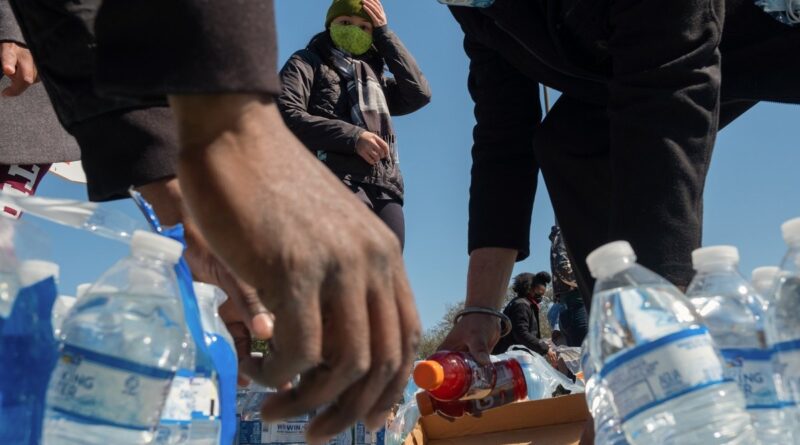 Gov. Greg Abbott on Sunday said power should soon be fully restored across the state and that grocery stores will be restocked for Texans in the wake of a massive winter storm that left many without power for days.

Abbott, speaking in San Antonio while flanked by other state and local leaders, said roughly 13,000 Texans still did not have power due to issues with local power providers. At its height, more than 4.5 million customers were without electricity.

He said power should be fully restored across the state Sunday night or Monday.

Abbott also said food supply shortages at grocery stores would soon be resolved, now that road conditions are safe for deliveries. Abbott said he suspended state regulations to get more delivery trucks on roads to help deliver food and supplies at a faster rate.

“There are so many Texans — too many Texans — that have gone hungry over the past few days,” he said. Abbott also said he had also suspended regulations to allow kitchens to prepare more meals as long as they follow Texas Department of State Health Services guidelines on food safety.

One issue still facing the state, Abbott said, is water quality as millions of people are still under boil notices or do not have access to running water.

Toby Baker, executive director of the Texas Commission on Environmental Quality, said nearly 15 million residents were on a boil water notice 48 hours ago — and that since then about 5 million Texans had come off of such notices. Officials in the city of Houston, for example, announced Sunday afternoon that the city’s tap water was safe again to use for drinking, cooking and making ice. Houston’s boil notice had been in place since Wednesday.

During the news conference, Abbott also said he and other leaders were working overtime to address steep electricity bills that some Texans had received.

On Sunday, the Public Utility Commission held an emergency meeting to restrict electricity providers from sending customer invoices for the time being — a move aimed at giving the entity more time to address the spike in some bills. The commission also issued a moratorium on customer disconnections for nonpayment.