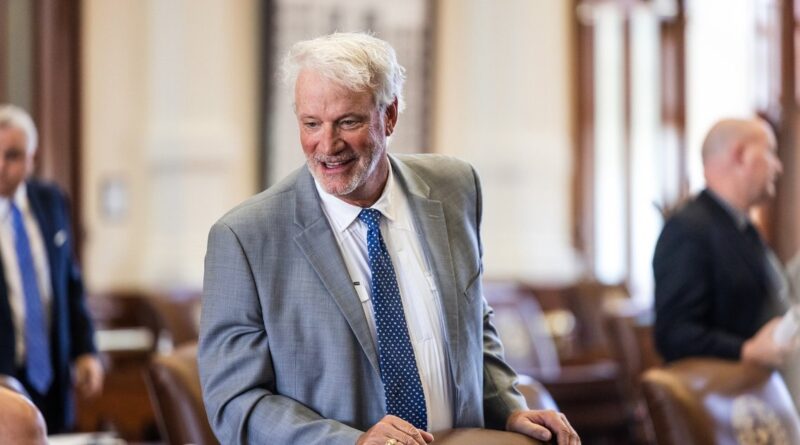 State Rep. Lyle Larson, R-San Antonio, who bucked his party on a number of major issues this year, announced Wednesday he will not seek reelection.

In an email to constituents, Larson said he was following through on legislation he has repeatedly introduced that imposes a term limit of 12 years on any elected official at the state level.

“As a strong proponent of term limits, will follow the limits we previously proposed in this legislation,” Larson wrote.

Larson was first elected in 2010 to represent House District 122 in the San Antonio area.

He had been increasingly expected to pass on a 2022 reelection campaign as he grew disillusioned with his party, and potential GOP candidates have lined up for his seat. Larson was the only Republican to oppose the GOP’s priority elections bill that caused House Democrats to break quorum this summer. He also filed a long-shot bill during the current special session to provide rape and incest exemptions for Texas’ new near-total abortion ban, despite previously voting for it. And he regularly uses his Twitter account to lament about how business is conducted at the Capitol, including during the ongoing redistricting process.

Larson was a top ally of former House Speaker Joe Straus, R-San Antonio — and has remained an admirer, publicly encouraging the moderate Straus last month to run for statewide office.

This year was not the only time Larson found himself at odds with his party. Abbott battled to unseat him in 2018 as the governor sought to make examples out of a trio of House Republicans who had fallen out of favor with him. Larson easily defeated the primary challenger that Abbott had backed.

Larson’s decision not to run for reelection opens a Republican-leaning sprawling district north of San Antonio, and a few candidates have already circled the seat. Nico LaHood, the former Bexar County district attorney, has already said he is running in the GOP primary for HD-122. Elisa Chan, a former San Antonio City Council member, has formed an exploratory committee for the primary. And Mark Dorazio, a member of State Republican Executive Committee and former Bexar County GOP chair, has filed paperwork with the Texas Ethics Commission indicating his interest in the seat.