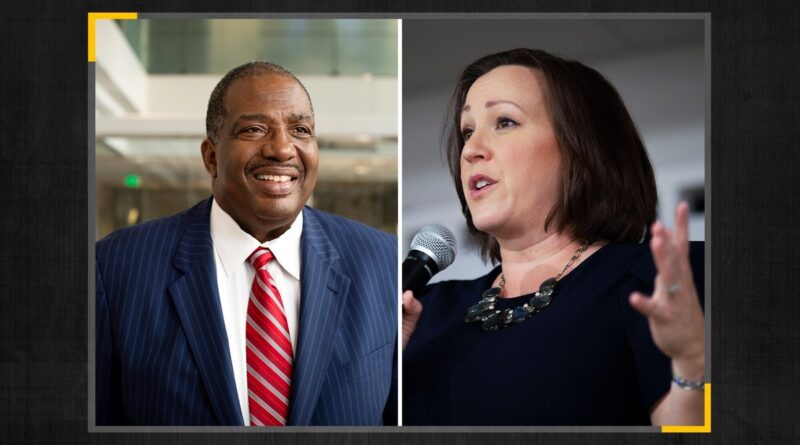 State Sen. Royce West, D-Dallas, reportedly does not plan to vote for MJ Hegar, the Democratic nominee for U.S. Senate who beat him in the primary runoff, saying she is “crazy” and has “had a problem all along with Black folks.”

West made the comments Friday to the Austin American-Statesman after his lack of support for Hegar came up at her first debate with Republican incumbent John Cornyn. During the debate, moderators asked Hegar about a recent comment from West in which he said she “has not called me to ask for my support.”

Have you run into hurdles or problems while trying to vote in Texas? We want your help in reporting on those challenges. Tell The Texas Tribune your voting story.

Hegar’s camp chalked the comment from her primary opponent up to sour grapes in a statement Friday night.

“MJ respects Senator West, they went through a spirited race and sometimes that leaves hard feelings,” said Hegar spokesperson Amanda Sherman. “MJ is working hard everyday to earn the vote of every Texan, and in the US Senate she will work hand-in-hand with Senator West to advance the shared values and solve problems for Texas families.”

At the debate, Hegar said she hadn’t reached out to West because it was not her style to seek such endorsements.

“Personal endorsements tend to come with quid pro quo that I believe are a big part of what’s broken in politics,” Hegar said. She added that she believes “Sen. West is supporting me, because I know that we’re on the same page and we share so many of the same values.”

Hegar defeated West by 4 percentage points in the July runoff, an impressive showing by the state senator given Hegar’s large fundraising advantage and national Democratic backing. The runoff turned especially sour in the final two weeks, when West assailed Hegar’s Democratic credentials and she suggested he was corrupt.

Since the runoff, Hegar has handled questions about West by saying they have had many conversations throughout the race about the importance of beating Cornyn, a line she repeated at the debate. But at the same time, she has not detailed any specific effort to gain his support.

To be sure, Hegar’s campaign is making a serious effort to court Black voters. On Thursday, she announced a seven-figure Black voter outreach campaign across radio, newspapers, mail and digital.

“We’re talking about voters who have been taken for granted and sold out and had broken promises so many times, so you can’t go into communities and say, I’m just assuming you’re going to support me or, here are some promises,” Hegar said during the debate when asked about Black voters. “You have to go and talk to people and earn their vote, and work with them, and not just talk to, but hear from them.”

While West is not backing Hegar, the third-place primary finisher, Cristina Tzintzún Ramirez, has endorsed Hegar as the nominee. Tzintzún Ramirez previously supported West in the runoff.