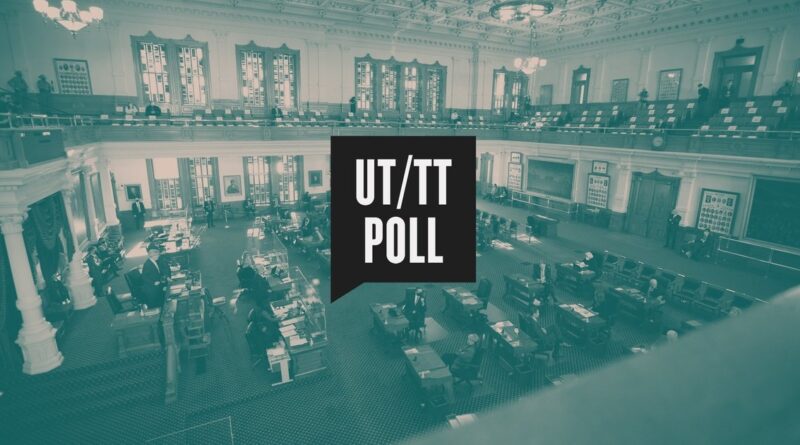 
Requiring police officers to intervene when another officer is violating the law or department policy in their use of force against a civilian was the most popular policing proposal in the poll — with the support of 86% of voters. That idea had overwhelming support among voters from all political and demographic groups.

Most voters — 69% — support allowing civilians to sue officers for violating state law or department police in their use of force. Democrats (89%) like that idea more than Republicans (52%), but it has support among majorities of voters from both parties.

Two-thirds of the state’s voters would ban police use of chokeholds, a proposal still pending in this final month of the legislative session. That support includes 90% of Democrats and 50% of Republicans, as well as majorities of Black voters (81%), Hispanic voters (68%) and white voters (64%). At the same time, 37% of Republican voters oppose a ban on chokeholds, a view shared by 26% of white voters, 21% of Hispanic voters and 10% of Black voters.

A large majority of Black voters — 82% — think the deaths of Black people during police encounters are “a sign of broader problems,” a view shared by 46% of Hispanic voters and 38% of white voters. Overall, 47% of Texas voters hold that view, while 45% said those deaths are “isolated incidents.” Only 9% of Black voters agree that those incidents were isolated, an opinion shared by 41% of Hispanic voters and a majority (54%) of white voters. Among Democrats, 87% said those incidents were a sign of broader problems; 82% of Republicans said they were isolated incidents.

The state’s increasing racial and ethnic diversity is a cause for optimism, according to 39% of voters, while 29% said it’s a cause for concern. Among Democrats, 59% said it’s a cause for optimism, while 25% of Republicans said so. The greatest number of Republicans — 40% — said they have no opinion. And there were differences depending on where people live: 46% percent of urban voters, 38% of suburban voters and 31% of rural voters are optimistic about increasing diversity; the rest were split between concern and registering no opinion.

A strong majority of voters (64%) want a say if and when local officials want to cut police spending, the poll found. Republicans (83%) were especially supportive of that notion, joined by a 46% plurality of Democrats. Asked about their own police, 42% would increase spending, 30% would leave it about where it is and 17% would decrease it. While 30% of Democrats would cut their local police spending “a little” or “a lot,” smaller public safety budgets don’t attract the kind of support it would take to win a public referendum on cuts.

Voters aren’t supportive of “defund the police” efforts — at least not without putting cuts on the ballot — but they do appear ready to tighten laws around police violence.

“There is an obvious basis for common-sense public safety reform,” said Daron Shaw, a government professor at UT-Austin and co-director of the poll.

Musk boosts his brand, and NBCUniversal’s, on ‘Saturday Night Live’ By Reuters