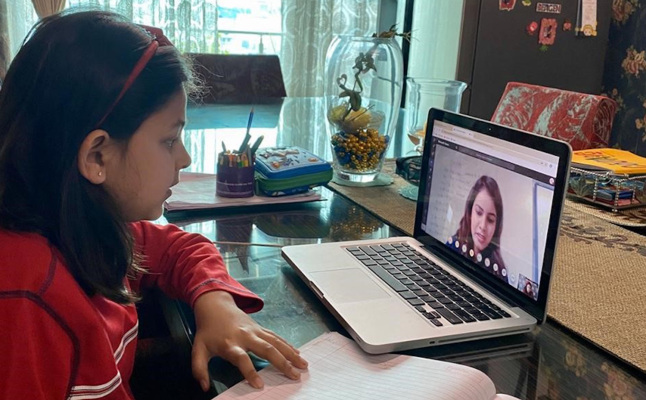 
Toppr, one of the largest online learning startups in India, has secured $46 million in a new financing round as it looks to scale its platform including a new product.

The startup launched Codr, a product aimed at helping all school-age children learn computer programming, last month. A Codr session costs about $9.35. Toppr also maintains a free problem solving app that enables a student to take a picture of a question, use machine learning to sift through the large bank of problems Toppr has amassed over the years, and get its solution instantly, explained Hayath.

Toppr’s Learning app has amassed over 13 million users, more than 150,000 of whom are paying subscribers, he said. In recent months, the startup has also worked on a new product called School OS, which enables a school to digitize their learning experience. Through School OS, a teacher can assign and collect homework digitally, and students can attend live classes.

“They can also attend classes from previous years, or of grades ahead of them. Our schooling system is built in a way that keeps you locked in the current year’s curriculum. On digital, one of the benefits is that you don’t have to follow such rules. So for instance, if a student in tenth grade needs to brush up some concept from grade nine, they can do so at any moment,” said Hayath.

More than 40 schools have deployed School OS for their 60,000 students, he said. The startup plans to have 300,000 students enrolled to School OS in the next few months.

“Toppr has emerged as the highest traffic destination for K-12 learning and hosts over 1 million sessions every day. Toppr’s community of 50,000+ educators from across the country has contributed to over 35 lakh learning pieces, including questions, solutions, concepts, games and videos for the students. Our investment in Toppr also reflects our commitment to empowering great teachers via the new School OS. The new School OS already has 55,000+ learners on it,” said Aakash Sachdev, Managing Director of Foundation Holdings, in a statement.

Sachdev has joined Toppr’s board as part of the new financing round.

Hayath said the startup will continue to focus on scaling its various products and services, and also invest a little on marketing — an aspect he said Toppr has never spent any penny on.

Another relatively new area for Toppr is exploring merger and acquisition deals. Hayath said the startup has so far resisted the idea of acquiring a team or firm to grow inorganically, but is open to scouting deals for a right fit.

Toppr’s fundraising announcement today comes as edtech startups in India witness a significant surge in their userbases at a time when firms in other industries are finding it difficult to steer through the coronavirus pandemic.

Byju’s, India’s most valuable edtech startup, raised about $23 million from Mary Meeker’s Bond last month. Unacademy, another learning platform in India, acquired a smaller firm PrepLadder for about $50 million earlier this month. And two weeks ago, Vedantu said it had secured $100 million in a fresh financing round.