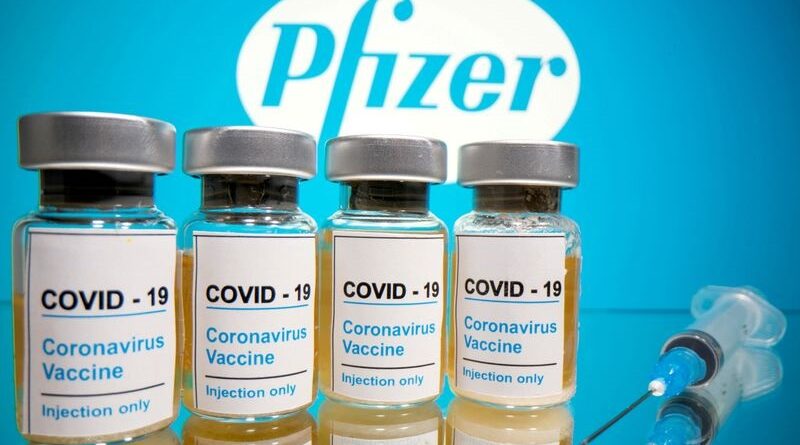 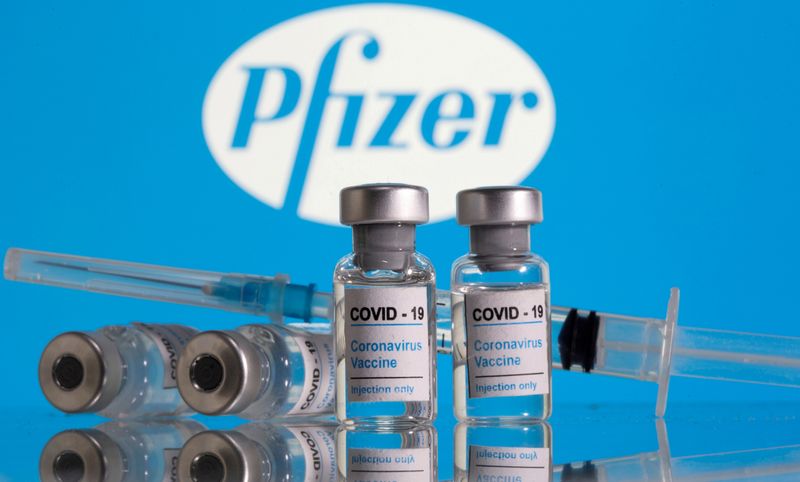 (Reuters) – U.S. regulators on Monday authorized Pfizer (NYSE:) and BioNTech’s COVID-19 vaccine for use in children as young as 12, widening the country’s inoculation program as vaccination rates have slowed significantly.

The vaccine has been available under an emergency use authorization (EUA) to people as young as 16 in the United States. The vaccine makers said they had started the process for full approval for those ages last week.

The U.S. Food and Drug Administration said it was amending the EUA to include the millions of children aged 12 to 15.

It is the first COVID-19 vaccine to be authorized in the United States for this age group, seen as an important step for getting children back into schools safely. U.S. President Joe Biden has asked states to make the vaccine available to the younger adolescents immediately.

“Today’s action allows for a younger population to be protected from COVID-19, bringing us closer to returning to a sense of normalcy and to ending the pandemic,” Acting FDA Commissioner Dr. Janet Woodcock said in a statement. “Parents and guardians can rest assured that the agency undertook a rigorous and thorough review of all available data, as we have with all of our COVID-19 vaccine emergency use authorizations.”

Most children with COVID-19 only develop mild symptoms or no symptoms at all. However, children are not without risk of becoming seriously ill, and they can still spread the virus. There have been outbreaks traced to sporting events and other activities for children in this age range.

Dr. William Gruber, a top vaccine scientist at Pfizer, said the EUA would help the United States reach further immunity and protect an age group that has not been completely spared from severe disease.

“I hear from pediatricians and people out in the community, what a godsend this is going to be for the adolescent population who have been restricted in terms of sports activities, drama club, and the other sorts of things that naturally we want them to engage in,” Gruber said.

Vaccines are crucial to ending the pandemic. But many health officials are concerned vaccine hesitancy in some adults will be even more pronounced when it comes to their children.

Parents may question the risks versus benefits, given the unknowns about the vaccines’ long-term impact on childrens’ development and data on how few young kids have been hit hard by COVID-19.

The companies said in March that they found the vaccine produced robust antibody responses and was safe and effective in 12- to 15-year olds in a clinical trial.

In the trial of 2,260 adolescents aged 12 to 15, there were 18 cases of COVID-19 in the group that got a placebo and none among those who received the actual vaccine, resulting in 100% efficacy in preventing the illness, the companies said at the time.

Pfizer and BioNTech asked the FDA to expand their EUA to include the younger age group in early April.

Nearly 46% of people in the United States had received at least one shot of a COVID-19 vaccine as of Sunday, according to data from the U.S. Centers for Disease Control and Prevention (CDC).

But the pace of U.S. vaccinations has slowed significantly since topping out at a 7-day average of more than 3.3 million doses a day in mid-April. That average had fallen by more than a third to around 2.1 million shots a day as of May 4, according to CDC data.

Pfizer’s vaccine is the only one authorized for 16 and 17 year olds in the United States. Nearly 2 million people in that age group have received at least one shot, according to CDC data. Many states only opened to non-high risk individuals in that age group in early April.

Widely vaccinating 12- to 18-year olds could allow U.S. schools to relax masking and social distancing measures suggested by the CDC.

Pfizer has said it expects to have safety and efficacy data for children ages 2-to-11 in September, when it plans to ask for further expansion of the EUA for that age group.