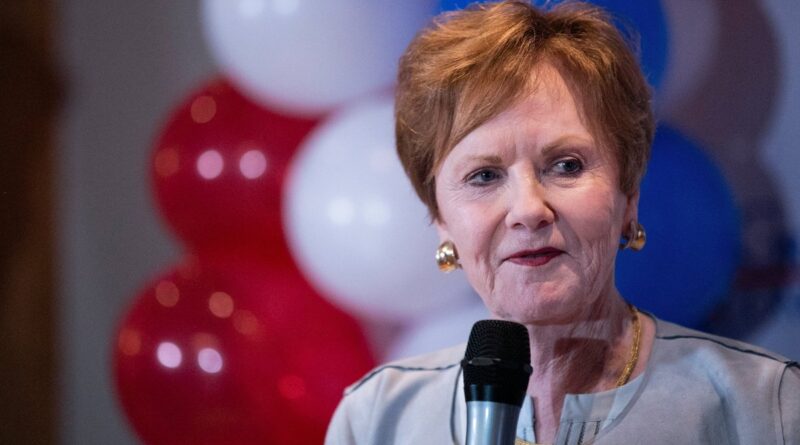 
U.S. Rep. Kay Granger, a high-ranking member of Texas’ congressional delegation who is respected among her peers, said Friday she has “great concerns” about President Donald Trump’s continued efforts to overturn the country’s election results after his defeat by President-elect Joe Biden.

“I have great concerns about it,” she told CNN on Friday morning. “I think that it’s time to move on.”

“I think it’s time for him to really realize and be very clear about what’s going on,” she added, when asked if the president should concede.

Granger’s statements are only exceptional in the context of current Republican politics. Trump has repeatedly refused to acknowledge the election results, and for the most part Texas Republicans in Congress have either stayed silent or also questioned the results without providing evidence of fraud on a level that would change the election’s outcome. Trump’s legal team has lost dozens of cases in court alleging voter fraud.

Biden led Trump in the popular vote by about 6 million votes as of Friday afternoon, and all national news organizations project Biden will carry the Electoral College, 306-232. Even so, Trump campaign attorneys continue to wage their legal battle. And given its setbacks in court, the team has since turned to other methods to subvert the results, including setting up a White House meeting Friday with Republican legislative leaders from Michigan as the state prepares to certify its vote totals. Biden defeated Trump by 156,000 votes in Michigan.

The fear among many in American politics is not that Trump has any serious path to overturn the results, but that his efforts will undermine public confidence in an election that the Department of Homeland Security official who oversees the country’s cybersecurity, Christopher Krebs, described as “the most secure in American history.” On Tuesday, Trump fired Krebs via Twitter.

But among Republican officeholders, few are pushing back against the president. Most Texas Republicans remain silent, and some Trump loyalists, including U.S. Rep.-elect Ronny Jackson, who was just elected to a heavily Republican seat in the Panhandle, are offering up support to Trump.

Granger’s comments are notable, however, since she is no mere rank-and-file member of Congress. She is the most senior female Republican in the House GOP conference and is known as a mentor to many younger female Republican members — a group that will swell in membership early next year. Also in January, Granger will share with U.S. Rep. Kevin Brady, R-The Woodlands, the title of dean of the Texas Republican delegation in the new Congress.

But earlier this year, she faced her toughest fight ever in her GOP primary. Republican Chris Putnam challenged her for the party nomination in the heavily Republican district, and his central case against her was that she was not adequately supportive of Trump. Granger won that race by a 16-point margin, thanks in part to Trump’s endorsement. In late 2019, months before the primary, she was seen in a luxury box with the president at the World Series.

Granger’s comments came a day after a press conference at the Republican National Committee’s Washington headquarters in which Trump’s personal lawyer, Rudolph Giuliani, led a team of lawyers in issuing allegations without evidence that charged a sweeping Democratic conspiracy to win the election.

Another Texas Republican, Jackson, expressed support for the efforts and retweeted a video in which Trump campaign lawyer Sidney Powell claimed the team would produce evidence that Trump won the 2020 election in a landslide. Powell has repeatedly ignored requests to produce credible evidence supporting her claims. Jackson served as the physician to Trump, and the pair shared an affectionate friendship.

Most other Texas Republicans have not addressed the matter in public since Giuliani’s news conference.

Democrats, meanwhile, are ringing alarms that a lack of Trump administration engagement in the transition is beginning to undermine efforts to put the Biden administration in position to combat the coronavirus pandemic when he takes office in January. A number have recalled the 9/11 Commission Report’s warnings that the delayed transition between the Bill Clinton and George W. Bush administrations may have been a contributing factor to the federal government’s inability to stop the Sept. 11 terrorist attacks.

Democrats are privately simmering, and the anger is beginning to boil over publicly.

“The orderly transfer of power has been a bedrock of American democracy,” wrote U.S. Rep. Veronica Escobar, D-El Paso. “The consequences of @realDonaldTrump’s temper tantrum and refusal to cooperate with President-elect @JoeBiden are far-reaching and deadly for Americans.”