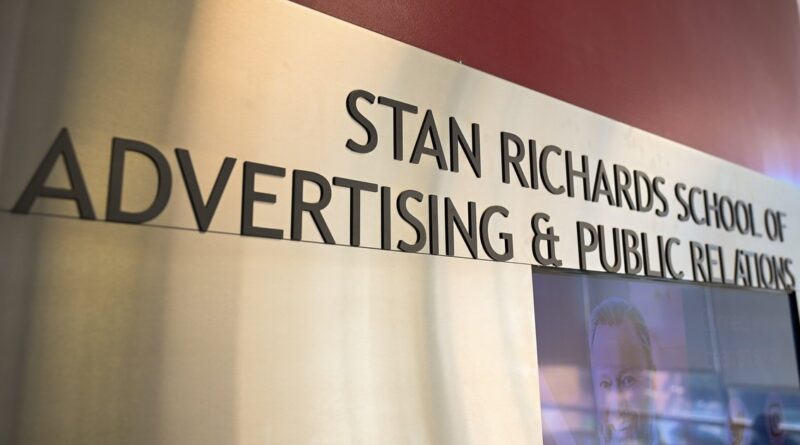 The University of Texas at Austin will keep the name of Dallas ad giant Stan Richards on its school of advertising and public relations, more than a year after he said a marketing campaign for a Motel 6 ad campaign was “too Black” for the motel’s “white supremacist constituents.”

“While we strongly denounce Richards’ remarks, we also acknowledge his remorse and his condemnation of racism and bigotry in all its forms,” Moody College of Communication Dean Jay Bernhardt said in a summary report emailed Monday to the college community. “When considering Richards’ offensive comments and subsequent apology on balance with his many significant contributions to the field and the College, we have decided that his name will remain on the School.”

Richards made the statement in a Zoom meeting in October 2020 with about 40 employees.

The decision comes despite calls from within faculty and students within the advertising and public relations school. Bernhardt noted that the UT System Board of Regents has the power to assign or approve names of individual colleges, schools and buildings.

Amanda Saunders, who graduated in May from the advertising school and was one of the students who pushed the school to remove Richards’ name, told the Texas Tribune Monday that she was disappointed in UT-Austin’s decision to keep the name.

“There were so many students that had to come forward about this uncomfortable topic,” Saunders said. “There are people in the Black, Indigenous and people of color community that were having to yet again defend themselves over an issue that has gone on for generations. That is not their responsibility to fix. And I think that by changing the name of the school, that would have been an absolutely outstanding example.”

Bernhardt said Moody College will rename some selected projects within the advertising and public relations school, including the “Stan Talks” video series. He also pledged a recommitment to the school’s diversity, equity and inclusion plans, including additional research about the state of diversity in advertising and public relations, and to increase the number of underrepresented groups of students in the school.

Richards was largely condemned for his comments at the time, which came on the heels of a tumultuous summer of racial reckoning across the country in the wake of the murder of George Floyd, a Black man, at the hands of a white police officer.

An apologetic Richards ultimately stepped away from the Richards Group, the company he founded in 1976, as multiple companies severed ties due to his words, including Motel 6.

“I have deeply disappointed those who have looked to me for guidance and leadership. In that moment, I wiped out years of trust,” Richards said in a recorded apology video to the UT-Austin advertising and public relations school community released in the days after his comments came to light. “All I can say is that I was wrong. I’m sorry.”

Initially, Bernhardt sent out an email last fall that said leaders of the college were also concerned by Richards’ comments and would be looking into the situation.

The college then hired two outside experts to “help us gather more information and ensure all voices from our community are given an opportunity to be heard.” The school hired Michael Kinkaid, the founder and chief executive of a company called Overcoming Racism, to lead five meetings with faculty, students and staff.

According to a summary report of findings from those listening sessions, students of color in the advertising school felt unwelcome and ignored. Saunders said she attended two of the listening sessions as a student and said the main takeaways for her were that many students did not think Richards’ comments represented the College as a whole and wanted the name changed.

The school also hired an independent journalist, Will Sutton to conduct a review of Richards’ remarks and the “context and history within which they occurred.”

In his report, Sutton recommended UT-Austin change the name of the college, along with other suggestions to improve race relations on campus.

“The Richards controversy is larger than Stan Richards,” Sutton wrote. “Not to diminish the importance of Richards, his legacy, his help to the advertising school and the college, but when something like this happens, it causes people who are concerned and hurt to pull back the covers and look at other things.”

At the time, Richards’ comments caused outrage among faculty and students in the Stan Richards School within the Moody College of Communication. The Daily Texan editorial board called on the university to rename the school.

“University leaders shouldn’t have to rely on an “outside expert” to tell them what the majority of their students, faculty and staff already know: Stan Richards’ words were racist and hurtful,” the editorial read.

The student equity council within the advertising and public relations school changed its name from the Stan Richards School’s Equity Council to the Texas ADV/PR Equity Student Council.

The Moody College raised $10 million to establish the school bearing Richards’ name, which launched in 2014, with the help of contributions from corporations, foundations and individuals, including Richards.

In June, UT-Austin renamed the Belo Center for New Media to the G. B. Dealey Center for New Media at the request of the original donors and with the approval of the University of Texas Board of Regents. Dealey was a long-time publisher of the Dallas Morning News. Alfred Horatio Belo launched the Dallas Morning News and served as a Confederate colonel in the Civil War.

Disclosure: The University of Texas at Austin and UT-Austin’s Moody College of Communication have been financial supporters of The Texas Tribune, a nonprofit, nonpartisan news organization that is funded in part by donations from members, foundations and corporate sponsors. Financial supporters play no role in the Tribune’s journalism. Find a complete list of them here.