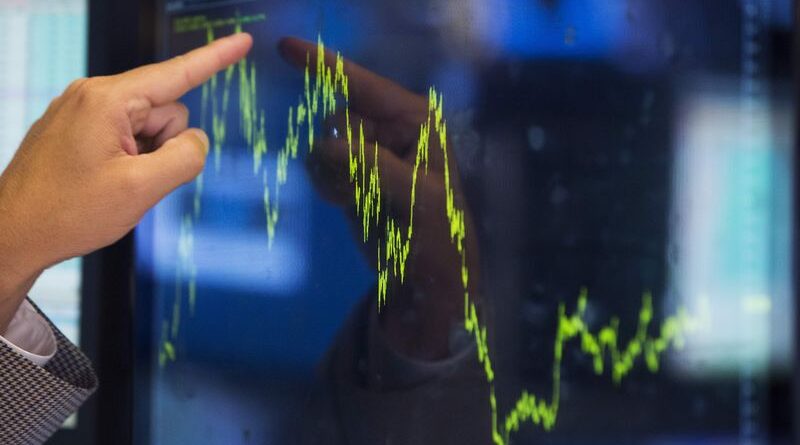 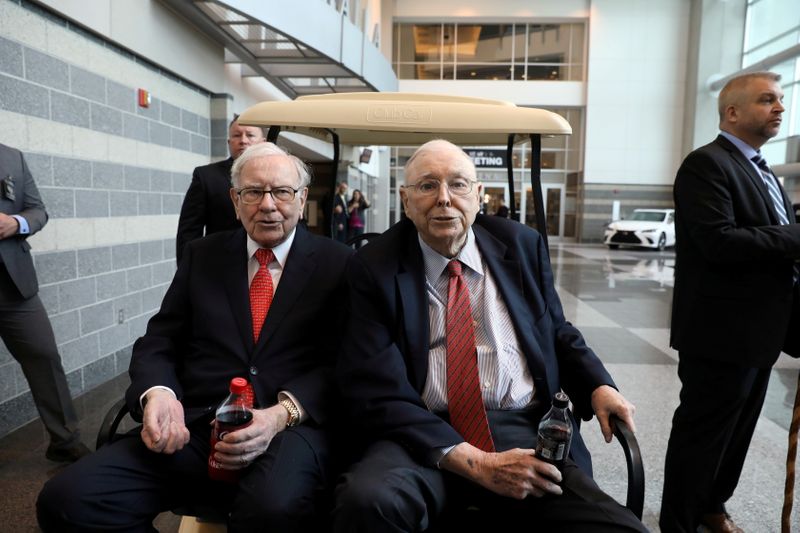 By Jonathan Stempel and John McCrank

(Reuters) – Warren Buffett said on Saturday that Berkshire Hathaway (NYSE:) Inc is being lifted by a U.S. economy faring far better than he predicted early in the coronavirus pandemic, though investor euphoria is making it hard to deploy cash.

Speaking at Berkshire’s annual meeting, Buffett said the economy has been “resurrected in an extraordinarily effective way” by monetary stimulus from the Federal Reserve and fiscal stimulus from the U.S. Congress.

Buffett lamented how an influx of so-called special purpose acquisition companies and inexperienced investors hoping for quick riches have made markets feel like a casino, making it hard for Berkshire to deploy more of its $145.4 billion cash hoard.

But the 90-year-old retained his optimism for the future of the company he has run since 1965, including after he’s gone.

“We’ve seen some strange things happen in the world in the last year, 15 months,” Buffett said. “It has reinforced our desire to figure out everything possible to make sure that Berkshire is, 50 or 100 years from now, every bit the organization and then some that it is now.”

Asked about their rapport, Jain said that they don’t interact as much as Munger and Buffett, but they talk every quarter about businesses they oversee.

Berkshire scrapped for a second year its annual shareholder weekend in its Omaha, Nebraska, hometown, an extravaganza that normally attracts around 40,000 shareholders.

But Saturday’s meeting, broadcast online on Yahoo Finance, was “kind of what you come to love about Berkshire,” said Steve Haberstroh, a partner at CastleKeep Investment Advisors in Westport, Connecticut. “It’s a little bit less about learning new things and more about being reminded about the old things.”

Many of Berkshire’s dozens of operating units, which include Geico car insurance and the BNSF railroad, have been rebounding as anxiety over COVID-19 lessens, more people get vaccinated, stimulus checks are spent, business restrictions are eased and confidence about the economy grows.

Gross domestic product grew at an annualized 6.4% rate from January to March, according to an advance government estimate. Some economists project the economy will grow in 2021 at the fastest clip in nearly four decades.

Buffett conceded that the recovery made his decision last year to exit stakes in the four major U.S. airlines — American, Delta, Southwest and United — appear ill-timed.

Munger, meanwhile, downplayed concern that Congress and the White House might raise the corporate tax rate to 25% or 28%, saying it wouldn’t be “the end of the world” for Berkshire.

Shareholders rejected proposals requiring Berkshire to disclose more about its efforts to address climate change and promote diversity and inclusion in its workforce.

But both proposals received about one-quarter of the votes cast, suggesting greater discontent than Berkshire shareholders historically demonstrate. Buffett, who controls nearly one-third of Berkshire’s voting power, opposed both proposals.

But there were signs Berkshire has grown more cautious about the markets.

While Berkshire repurchased $6.6 billion of its own stock from January and March, the pace of buybacks slowed.

Buffett acknowledged that low interest rates made Berkshire’s $140 billion of insurance “float,” which it uses for investing and acquisitions, less valuable.

He also said the growth of SPACs, which take private companies public, has made buying whole companies pricey for Berkshire, which hasn’t made a major acquisition since 2016.

“It’s a killer,” Buffett said, referring to SPACs. “We’ve got probably $70 or $80 billion, something like that maybe, that we’d love to put to work, … but we won’t get a chance to do it under these conditions.”

Berkshire’s leaders also heaped criticism on trading apps such as Robinhood, with Buffett saying they encourage a “gambling impulse” and Munger saying it was “just god-awful that something like that would draw investment from civilized man and decent citizens. It’s deeply wrong.”

Buffett stood by Apple, calling the iPhone maker an “extraordinary business” with “indispensable” products, and admitted he erred by selling a small percentage of Berkshire’s shares late last year.

As the meeting concluded, Buffett said the odds were “very, very good” that next year’s meeting would include shareholders again.

“We really look forward to meeting you in Omaha,” he said.